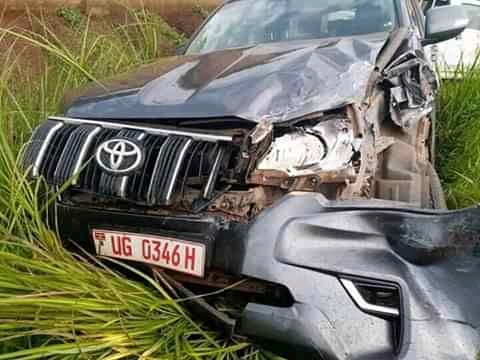 The leader of opposition in Parliament also Gulu District Woman MP. Betty Aol Ocan has survived a nasty road accident on her way back to Kampala.

Hon. Achan was travelling back to Kampala with her Assistant when a pickup vehicle in front of her indicated late and abruptly made a turn.

Achan’s car which was also on speed knocked the car before swerving off the road. No fatalities have been reported so far. The two cars are still being held at Omoro Police.

“Although the accident was minor because no one got injured, we have launched an inquiry,”said Mr Peter Mugabi, the Omoro District police commander.

“Ms Aol is safe and the occupants of the other vehicles are safe.” he added.