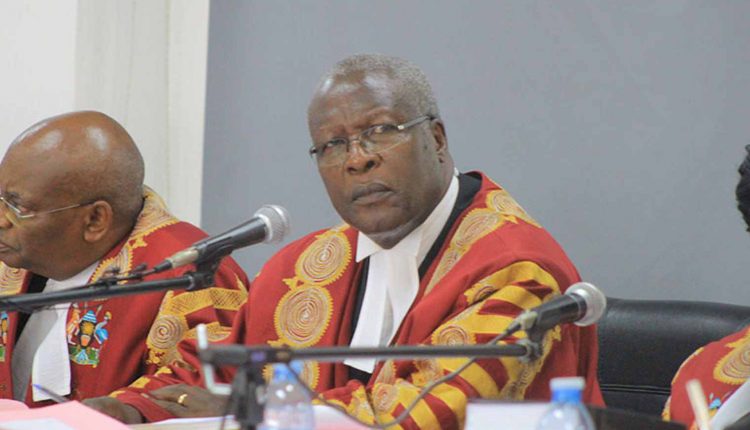 The Chief Justice, Bart Katureebe has declined to renew his tenure despite Museveni’s directives to have him reappointed as Chief Justice.

Katureebe whose term ends on Friday, June 19, 2020 has maintained his position to peacefully throw the towel and go into retirement. This site has reliably learnt that before his retirement, Katureebe had pressed Kadaga to influence parliament into signing a bill that grants retired judges their full monthly payments and allowances. The bill was signed in May, 2020 and will live to be attributed to the retiring Katureebe who pressed hard for its creation. Katureebe will be remembered for his role in paving path to the amendment of article 102(b) which grants incumbent Museveni more terms of contesting.

With the confirmation that he won’t renew his contract as other officials like Johnson Byabashaija of the prisons who selfishly accepted a 2 year contract past his age 60, the government has intensified a search for Katureebe’s replacement. The vetting by the judicial service commission has cast eyes on possible candidates to replace Katureebe as Justices; Richard Buteera, Esther Kisakye and Alphonse Owiny Dollo though odds are high that Buteera could favourably beat these other two being a remnant of the Western region.

In 2015 aged 64 at the time of his appointment, Bart Magunda Katureebe replaced Benjamin Odoki who had been in service beyond the required retirement age, something that was strongly contested by the parliament when Museveni tried to reinstall him as the CJ. Museveni had gone against all odds to retain Odoki though the constitutional court later dramatically kicked him out of office on age grounds. Today Katureebe has clocked 70 and considering a peaceful retirement unlike his predecessor, Odoki who faced embarrassment.