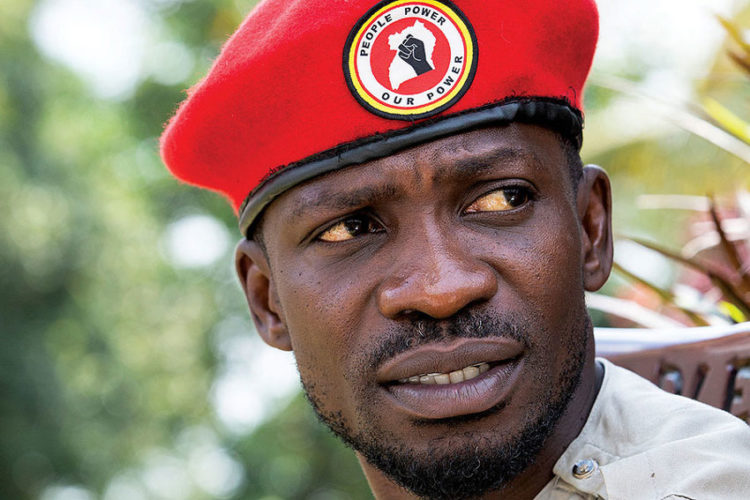 The Kyadondo East legislator and People Power strongman, Robert Kyagulanyi Ssentamu alias Bobi Wine has today, through a statement expressed his solidarity with the jailed eight People Power activists who were on Tuesday arrested during a ‘No Nedda’ campaign in Makindye.

The eight People Power activists are Makindye West MP hopeful, Musiri David Bwogi, Male Kenneth, Peter Waiswa, Kato Paul, Eddie Musisi, Kibirige Emmanuel (Makerere student), Kaddu Sadat and Kyazze Muhammed. The eight were peacefully marching on the streets of Makindye in Kampala at the time of their arrest. Donned in their red berets, the eight activists ringed up themselves to tactically replicate the ancient Shaka Zulu cow horn war fare style. The activists formed a chain by patterning themselves with elbows which made it hard for police to disperse them.

In a statement published on his wall on Wednesday evening, Bobi Wine who knew about the state ping pong games of frustrating activists lashed out at the NRM regime for harbouring too much fear of the power of the masses.

These are eight of our comrades who were arrested yesterday in Makindye as they participated in our #NoNedda peaceful protest against the regime’s failure to prioritise the welfare of Ugandans during this period.