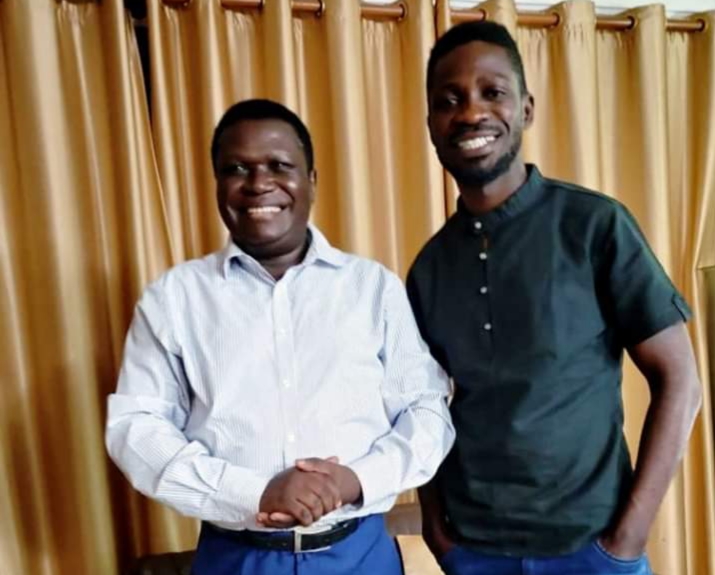 SEE ALSO: Mao declares himself the best candidate to challenge Museveni in 2021

In the meeting which lasted about two hours at the rooftop of Mao’s Ntinda residence, the two leaders discussed a span of ideas that could see all Uganda’s opposition forces join hands to unseat the ageing dictator. Being a Northern Uganda kingpin and political play maker, Mao is a huge force whose assistance is needed if one is to have mass support in the war ravaged region that still nurses the scars of the Kony Bush war.

At the Monday launch of the ‘No Nedda’ campaign by joint opposition politicians, Nobert Mao and his Democratic Party were not part of that struggle, a thing he strongly contested in the Tuesday press address. Mao says opposition unity is not the only way Museveni can be ousted.

SEE ALSO: United Forces of Change Start off With an Immediate Action Plan.

However, Mao’s stand did not hinder Bobi Wine from engaging him. Bobi Wine posted about his meeting with Mao on a Wednesday night Facebook post which was wildly cheered by his swathe of followers. The musician-cum politician wrote, “United Forces of Change, the only way we gonna get a liberation.
Always happy catching up with my elder brother Hon. Nobert Mao to discuss the future of our nation.
#StrongerTogether.”