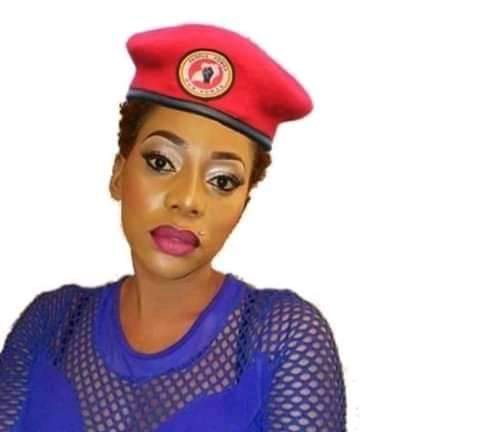 The Thursday announcement came moments after Bad Black’s heated war with the Minister of Health, Dr. Jane Ruth Aceng whom she accuses of defrauding her a whooping shs 500m that was meant to fund her covid advert rallying sex workers to distance themselves from truck drivers in this season.

Bad Black had in the recent interview threatened to throw away her NRM shirt and cap in case her money is not delivered on time. However, critiques say Bad Black who is known for her addiction to money and luxuries may be creating a stunt to catalyse and pester the state to disburse the ‘debt’ in question. Black had first claimed to be an NRM loyalist with a popular following among the sex workers whom she purports to lead. It should be recalled that in the recent past, Bad Black distanced herself from Bobi Wine and the People Power movement claiming that she had a strong resentment to politics.

Today’s defection follows her endless verbal clash between with Ministry of health officials whom she accused of fraud. Black claims she was approached by Health Ministry officials at her Butabika residence in Kampala where they urged her to do a Television advert for an undisclosed amount of money. She says, her contract was later breached when the Ministry officials neither released her full shs 500m, nor fix an appointment for her with Museveni as earlier pledged.