Burundi’s Late Nkurunziza Successor Ndayishimiye to be Sworn in Today. 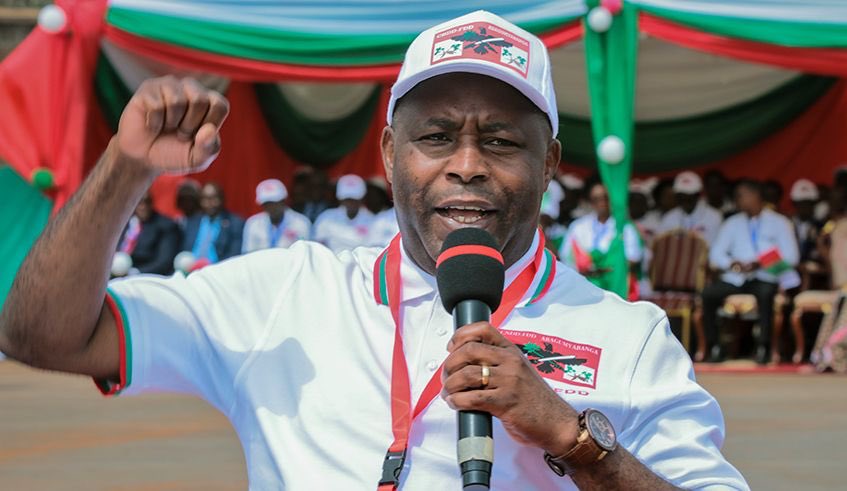 Bujumbura. Evariste Ndayishimiye, the late President Nkurunziza’s predecessor will be sworn in today after the sudden death of his predecessor Nkurunziza.

Ndayishimiye won in May in a disputed election that left the opposition unsatisfied. His inauguration was meant to be in May but it has soon been sped up after the death of Nkurunziza.

His inauguration will be held in Ingoma stadium in the city of Gitege and attendees have been asked to arrive early enough for COVID-19 testing measures to take place.

However much different state leaders and diplomats representing international organizations were invited, the Democratic Republic of Congo President Felix Tshikedi is the only state leader who has confirmed his attendance, given the skulking novel pandemic.

Nkurunziza led this country for 15 years where many claim that he was undemocratic died of heart attack, according to the Burundi government. There are however speculations that he might have died of coronavirus since his wife was already admitted in Kenya for the same virus.

Ndayishimiye, 52, is a former army general and Hutu rebel like his predecessor. He was hand picked to run in the May Presidential election by the powerful ruling party (CNDD-FDD) which he won with 68.7 %. The opposition however wanted the election results overturned which failed.