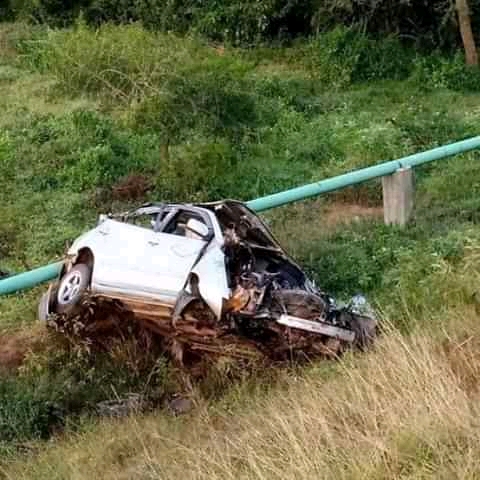 At least four people have died in a motor accident along Masaka-Mbarara Highway. The nasty accident occurred at Kinoni Trading Centre when a speeding Toyota Premio in which the deceased were travelling rammed into a trailer.

Police identified the driver of the car as Yasin Sseyonjo, a resident of Mateete Trading Centre in Sembabule District who was with other two children and an elderly man who are yet to be identified.

Eyewitnesses said the driver of the car lost control and rammed into a trailer that was traveling to Kampala from Mbarara.

The Southern Regional Police Spokesperson, Muhammad Nsubuga blamed the accident on reckless driving by the saloon car driver and said that the bodies were taken to Masaka Regional Referral Hospital.