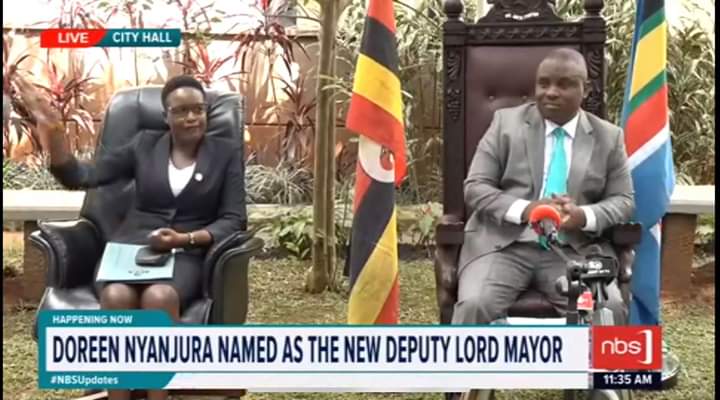 Following the end of the three day ultimatum to his ex deputy Sarah Kanyike who was appointed as director gender, and community service in Museveni’s KCCA reshuffle, city Lord Mayor Erias Lukwago has appointed Nyanjura Doreen as the new Deputy Lord Mayor for Kampala.

Kanyike on Tuesday disregarded her new appointment as a social media rumour when she stated to the media, “As far as I am concerned, I am still the deputy Lord Mayor of Kampala and councillor for Makindye East. I am also reading from social media that I was appointed somewhere. There is no official communication,” Ms Kanyike said on Tuesday to The Monitor paper.

Nyanjura is an ardent supporter of the Forum for Democratic Change (FDC) and serves as the LC 5 Woman Councillor, representing Makerere University and has been Minister for Finance & Administration at KCCA. She is also a member of The People’s Government which she serves as the tourism minister.

She stood for the position of speaker in a hotly contested seat which she lost to People Power’s Abubaker Kawalya, the councillor of Rubaga. She was then appointed in the position of Finance and administration from which she is to vacate to her new office of the Deputy Lord Mayor. The FDC iron lady has been a spirited figure in the circles of street activism and campaigns.