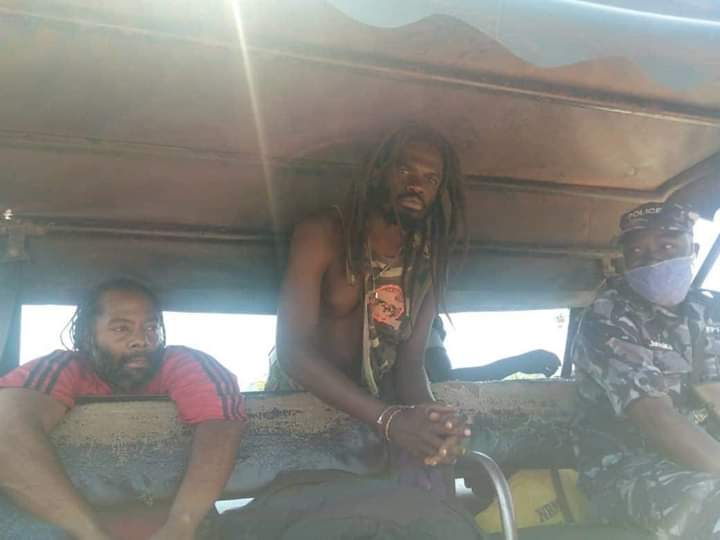 Emerging reports indicate that senior presidential advisor on ghetto and youth affairs, Mark Bugembe largely known as Buchaman has been arrested in Luzira, a Kampala suburb.

Sources say, the former Fire Base Vice President who last year defected to NRM has reportedly been nabbed for drunk driving after knocking down a Boda cyclist.  Bucha was driving his vehicle model Rav 4 UAN 413 in Luzira, Kampala.  “He was driving at a breakneck pace. He skidded off the road to Kitintale and hit the Boda rider” says Matovu, a  eye witness. “The way he was degraded at the time of the arrest would make one forget he was even a presidential advisor,” he adds. Buchaman, a full ‘advisor to Museveni’ was violently grabbed as be tried resist arrest and put on handcuffs by the arresting officers.

Buchaman was in October, 2019 appointed a ‘presidential advisor’ alongside fellow NRM singer, Catherine Kusasira. “With Buchman on my team, Bobi Wine is finished,” rejoiced Museveni November, 12 2019 while reacting to the recruitment of the former Firebase artiste. Though the duo were hoodwinked into thinking they are qualified presidential advisors, state house controller, Lucy Nakyobe disowned their appointment as she boldly told the media that she had never seen their letters.

Kusasira was moments into her appointment given a high end office to execute her duties while Buchaman was dropped deep into the slums of Nakulabye in Rubaga division, Kampala. This covid season reduced the duo as puppets when they did not feature at any food distribution event as asserted by Tamale Mirundi. “You say Kusasira and Buchaman are advisors but they are no where on the scene to show the president how to distribute food in Kampala,” said Tamale. “I would expect the two to take part in this exercise. This is part of what they should do if they’re really advisors as assumed,” he added.