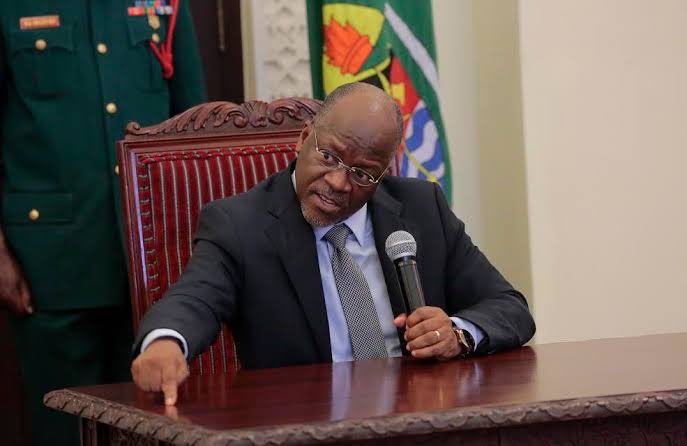 He confirmed this on Wednesday while picking nomination forms to seek a for a re-election.

”I came here to pick up nomination forms from my party and practice this democratic process in my country. We have to sell our manifesto for 2020-25,” he said while at the party headquarters in Dodoma.

Magufuli has undergone a spate of accusations of narrowing down freedom. He is also criticized for slowly developing authoritarian tendencies in his county over the past years.

Magufuli who was elected into office in 2015 has so far had his first successful term of office and many political pundits had speculated that he will not seek for re-election.

”I ask my fellow Tanzanians to continue praying for me as I embark on another heavy and difficult journey that requires God’s will to complete it.” He said, still at the party head quarters.

Read also; As COVID-19 cases shoot up in Tanzania, President Magufuli to airlift medicine from Madagascar

Magufuli has gone on to use a queer approach towards the novel coronavirus which has left many questions unanswered, gaining him a lot of criticism from world organizations and leaders. He however says that prayer has saved the country from the novel pandemic.

Tanzania last revealed its number of coronavirus cases on April 29. The US has raised alarms, condemning this act that might leave thousands infected. His government however says that the situation is under control.

On Tuesday, Magufuli dissolved the Tanzania parliament to allow for scheduled elections in October.

He pledged a free and fair election, however much the opposition says that they are living in fear and violence.