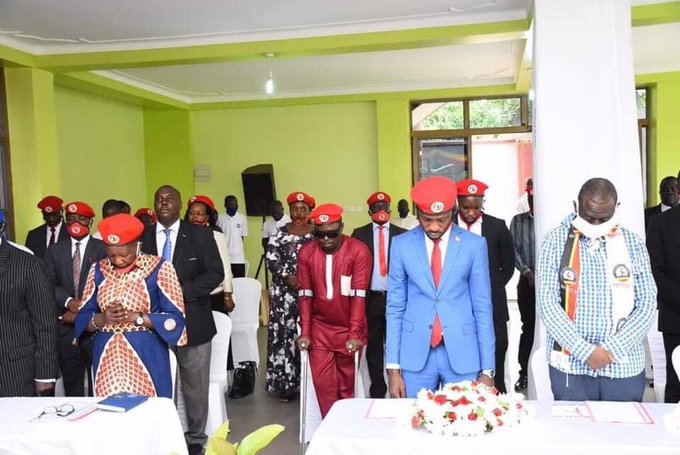 The embattled Mityana municipality legislator, Hon. Zaake Francis Butebi on Friday marked the 60th day since he was brutally manhandled by security officers who manned his arrest in April,19.

SEE ALSO: Mp Zaake Pins Some Of His Tormentors

The 29 year old Deputy Youth Wing leader of the People Power movement has faced the wrath of the high handed police and army since his involvement in active opposition politics since 2017 during the famous ‘togikwatako’ age limit battle. Even though the legislator is still physically inactive due to injuries sustained at the time of his torture, his spirit remains undeterred. He has since limped his way into all opposition gatherings and even the recent Bobi Wine-Besigye engagement saw him at the fore.

To mark his 60th day, Zaake wrote on his Twitter handle @ZaakeFrancis,

“Today marks exactly 60 days since I was illegally arrested and tortured. The intention of those that tormented me was to break my flesh and spirit. Though fortunately, the spirit was never broken, but also, by God’s grace the flesh heals day by day.”

Though government released a report distancing themselves from torturing the young legislator, the bruises and marks on his body show something similar to a struggle at the time of his detention. Even by the virtue that to-date his eye sight remains foggy and blurry, it clearly shows a substance probably pepper spray was administered into his eyes by the arresting officers. He has since named; Alex Mwiine Mukono, Bob Kagarura and Hamdan Twesigye as some of the officers who tortured him.

A week ago, the Director of Public Prosecutions (DPP) Jane Francis Abodo confirmed how she had sanctioned the file of the case of the police officers who allegedly tortured the legislator. She said, she was to ensure that justice takes course and urged all parties to refrain from ‘indulging’ politics into this matter. “I cannot rely on what I saw on the news to make my judgement. I want all parties to adduce evidence. This trial will rely on substantial proof and I don’t want any politics in it,” DPP Abodo told journalists.