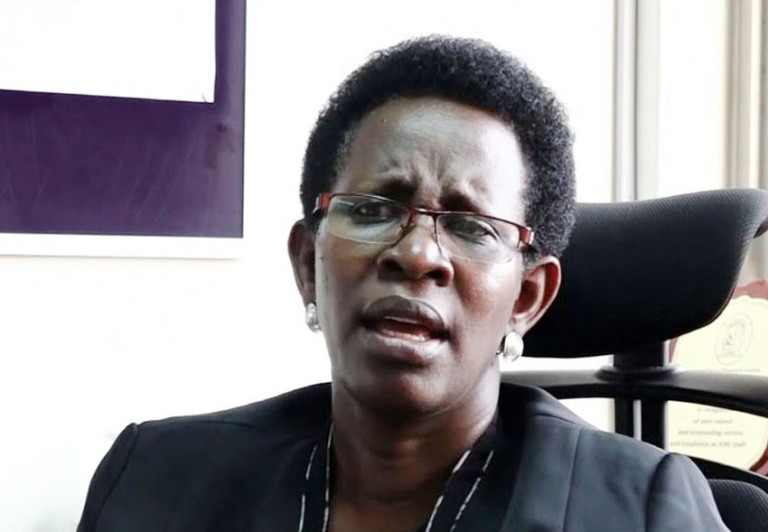 The permanent secretary to the Ministry of health, Dr. Diana Atwiine has urged government to improvise $46m an equivalent of UGX 171 billion if the country is to efficiently combat the deadly Corona virus disease.

Dr. Atwiine made this appeal on Sunday at a media briefing where the Ministry was accounting for the first disbursement of the supplementary COVID-19 budget and donations that were issued by the tenth parliament and other Non Governmental Organisations.

Uganda’s Health Ministry has routinely faced a backlash from the public over procuring expensive test kits and yet neighbouring East African countries purchase the same item at relatively waived fees. A single Ugandan test kit is valued at $65 while Kenya and Tanzania purchase the same at $3. This is what had earlier prompted the former senior presidential press secretary, Joseph Tamale Mirundi to retort that money spent on one Ugandan covid patient can be used to treat about 50 Kenyan patients.

Uganda has not yet hit 1000 cases but our reliable sources have tipped us that the Ministry is eyeing that very target in a bid to heighten its budget. “It us not in the Ministry’s interest to finish off covid. They actually want the virus to stay because it has helped them enrich themselves,” a source told this site. “Majority of these officials have erected storied apartments and hotels with all the funding coming from the covid budget,” he adds.

The health Ministry has a tendency of providing false monetary figures to the government. We are reliably told that each covid patient is valued at shs 200,000 for a night he spends in the hospital. The minisyty claims to be feeding these patients on heavily nutritious meals yet one of the people we spoke to revealed they were being given usual maize flour and beans contrary to the protein rich foods documented in the Ministry reports. The ministry is marred with scandals, one after the other which is why in Museveni’s recent remarks he angrily lashed out at them and pledged to bring them to book.