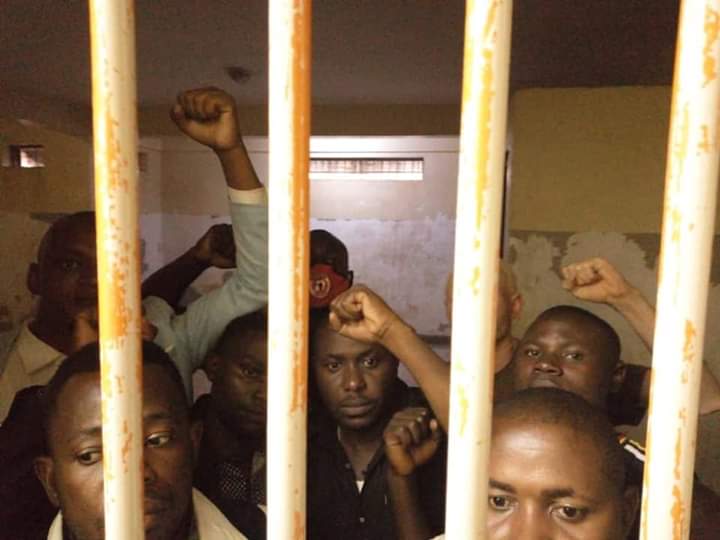 The eight peaceful protesters who were last week remanded to Kitalya prisoners will later in the day appear before the Makindye grade one magistrates court, this site has learnt.

The eight were last week arrested in Makindye Salaama road as they took part in the ongoing ‘No Nedda’ campaign. They were beaten and battered by the arresting officers from Katwe police station.

The eight will stand in the suspects’ dock today at Makindye grade one court.

“Their only crime is exercising the constitutional right to peaceful demonstrations against social injustice and oppression. They were arrested for banging empty pots and pans as part of the No Nedda campaign called by the United Forces of Change. Why is dictator Museveni scared of peaceful protesters for merely banging pots and pans? Free our comrades!!,” Kampala woman MP hopeful, Stella Nyanzi expressed her solidarity in a Monday morning statement.

The state violated the suspects’ rights by holding them past the 48 hour constitutional limit and even denied them access to medical attention. Even on their initial court arraignment, they were not represented by a lawyer or even sureties to get for them bail. “The court was abrupt and sudden. We could not prepare in a blink,” says Habib, one of the activists following up the matter.