US with over 120,000 coronavirus deaths, Malawi hold Normal national polls as Uganda Opts for Scientific Elections. 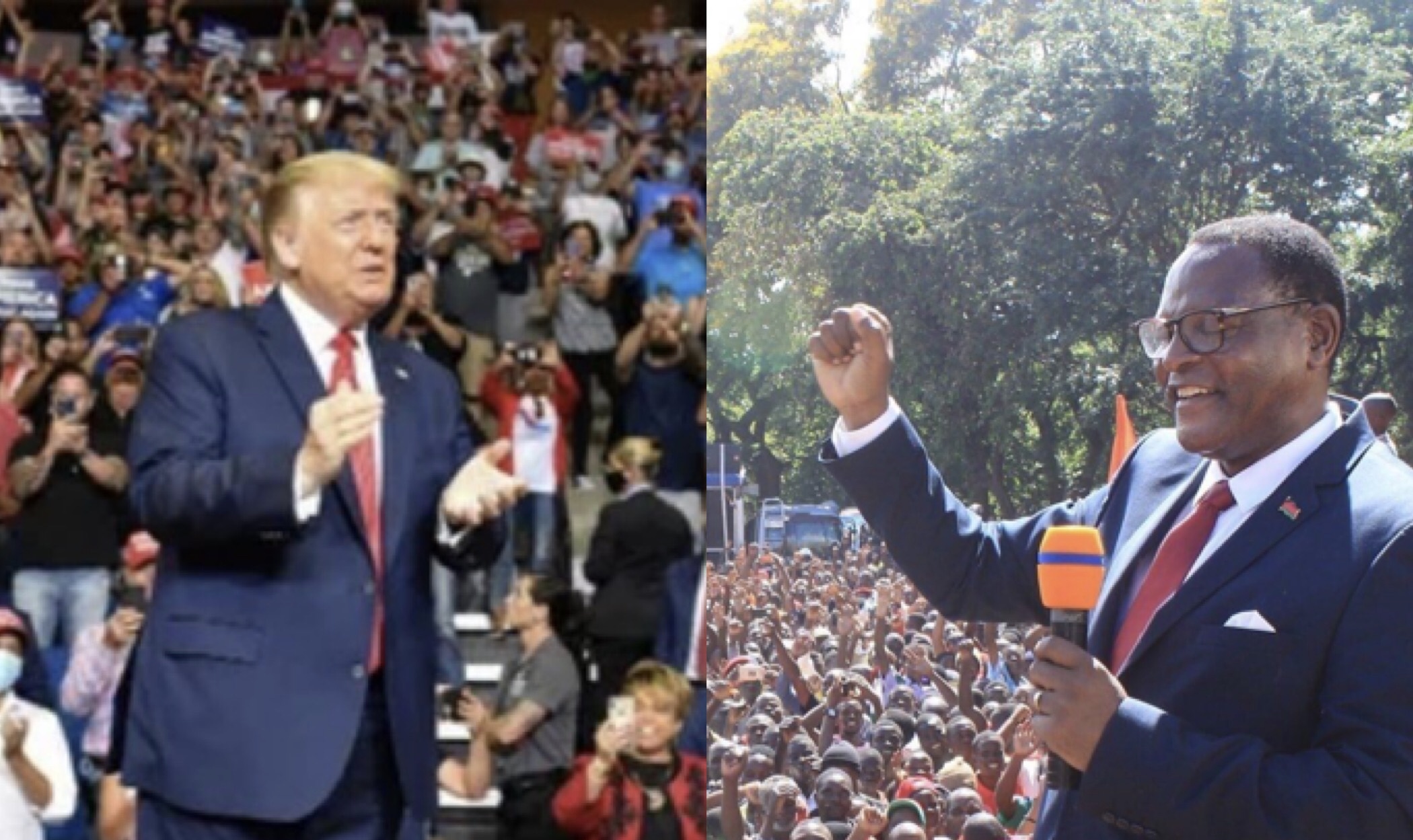 The decision by Uganda’s electoral commission to hold scientific elections in excuse of coronavirus is still getting massive resistance that are growing day by day. Different political figures have come out to condemn ‘this kind of foolery’ and others like Pr.Joseph Kabuleta have sued the electoral body.

Across the world, the coronavirus pandemic found some countries already preparing for the electoral process. United States of America, a country that has been hit hard by the novel pandemic is one of them. The electoral process in America has however kept following a normal process allowed by the constitution. Candidates are still holding rallies all over the country.

Read Also;Electoral Commission adopts scientific elections ahead of the polls

Yesterday Sunday 21st, The republican incumbent president Donald Trump held a flopped rally in Tulsa, Oklahoma and not anyone in the country is talking about the spread of coronavirus.

In Malawi, the Constitutional Court quashed the 2019 election and ordered that elections be held in 150 days. These days fell into the coronavirus period. This however did not stop any rally from happening across the small landlocked nation. Yesterday the main opposition figure Lazarus Kyakwera had his last rally that so thousand of people attend. President Mutharika, a former Washington University law professor has received massive criticism against democracy, especially when he attempted to dismiss the constitutional court decision. However the elections are to happen on Tuesday 22rd without any strict coronavirus restrictions. The country has so far had 11 coronavirus deaths with over 700 confirmed cases.

A few weeks back, Burundi has also been in normal polls and even had their election held where Evereste Ndayishimiye won the election.

Uganda’s electoral commission has however kept a deaf ear from thousands of call from different stake holders to follow the right procedure in making such a decision. Electoral commission chairperson Simon Byabakama came out to deny the allegations that it was president Museveni who made the decision but confirmed that he met him. More voices continue to rise in Uganda as the sham process is getting exposed worldwide. Uganda has not yet registered any coronavirus death and even amongst the 700 cases, a few weeks back, President Museveni revealed that some cases were incorrectly got due to wrong results from Makerere University’s testing lab. This number however has not yet been deducted from the other cases up to now.
Read Also;People Power youths give EC four day ultimatum to rescind scientific elections

This makes one wonder why the electoral commission chose the ‘scientific’ path of the election. With the Scientific election implemented, it means that the presidential candidates only have two months to campaign on radios, Television and social media which already has a tax imposed on it. It should also be noted that many times radios have been switched off by the Uganda Communications Commission whenever they host any big opposition candidates.