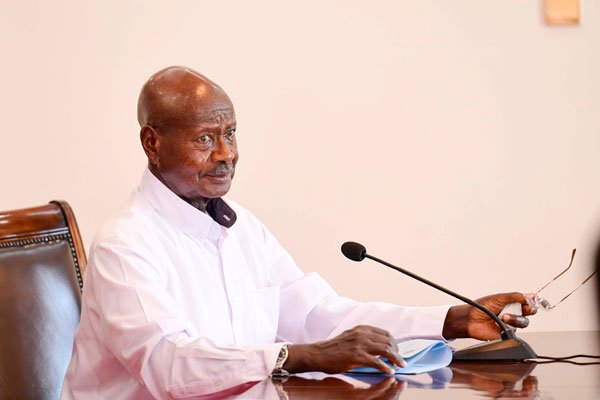 In his sixteenth Monday, June 22 address on the raging Corona virus disease president Museveni urged Boda Boda cyclists to remain on cargo deliveries till a cure for the deadly contagion is produced.

SEE ALSO: You Either Organize a Free and Fair Election or Step down Peacefully, Bobi Wine to Museveni

The president angrily expressed concerns on how the social distance between the passenger and cyclist on a Boda Boda cannot be maintained and observed as per the standard operating procedures of the Ministry of Health. Museveni also accused Boda cyclists as potential carriers and untraceable ‘conduits’ of the virus.

“If the boda-bodas are allowed to transport people at this stage of the infection it may lead to further spread of the virus and may be worsened by the challenge of tracing for their contacts,” he said.

Museveni also said he is to maintain the curfew time in the very way it has been. “Curfew time will be maintained from 7pm to 6:30am. My scientists say it can hinder socialising in night hours,” he said. “I had also started thinking that the curfew is not as useful until the scientists told me it helps enforce measures against night nocturnal activities that may lead to spread of the virus. It helps avoid socialising which could easily be a breeding place for the infections. Therefore, the curfew is to stop the socialising at night but also to deter crimes that happen in darkness,” he added

Museveni also urged the public and intending politicians to adhere to the newly adopted scientific elections model which he claims to be ‘safe’ and a hinderance to the tremendous spread of the virus. On churches, mosques, bars, schools, salons and other small business, Museveni said these can still wait till the cure is manufactured.