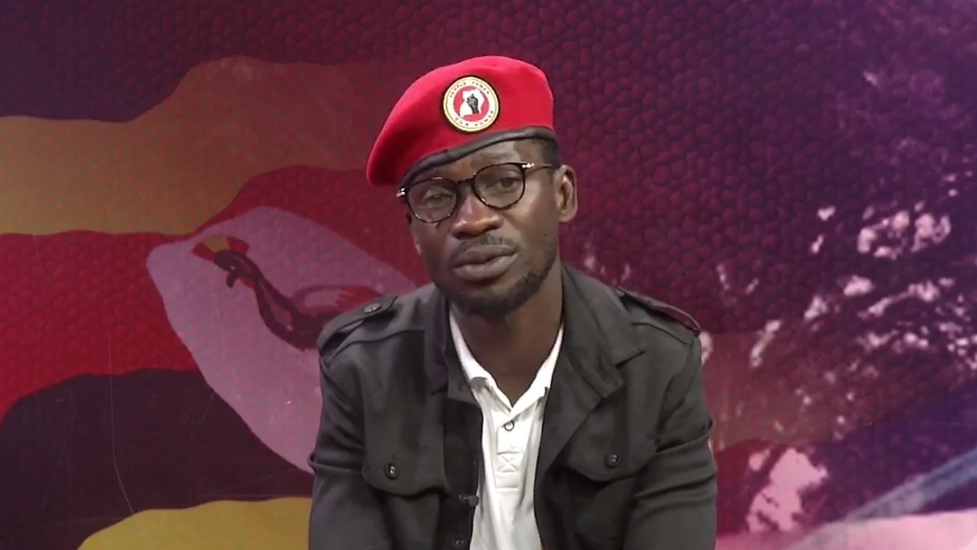 The Kyadondo East Member of Parliament and the principal of the People Power Movement Robert Kyagulanyi Ssentamu aka Bobi Wine while being hosted on a political show [Amaaso ku Ggwanga] on a local television has said that Uganda’s biggest problem is Museveni and that’s why Police and other institutions can’t work independently.

Bobi Wine has said that they have no problem with NRM members who’re standing and siding with the people of Uganda but so cautious about those who are dictators. The dictators are not only in the ruling party NRM but also in opposition.” Bobi added.

READ ALSO: You Either Organize a Free and Fair Election or Step down Peacefully – Bobi Wine to Museveni

“Byabakama met with Museveni and he ordered him to prepare such an election dubbed scientific election but we pity him because he’s aged and we’re still young. Yes, people no longer want Museveni. We’re telling Byabakama that we’re saying no nedda to scientific election.” Bobi Wine said.

When asked about the newly launched alliance dubbed United Forces of change, Bobi has said that they’re still in talks with different stake holders and finding a way of liberating Uganda from Museveni’s dictatorship. He has emphasized that they will win when working together as one.

Bobi Kyagulanyi also said that one of the positions he’s looking forward to dissolving when people power comes to power is that of the RDC in order to reduce on government’s unnecessary expenditures.