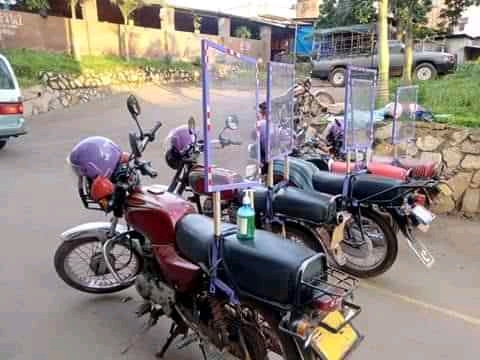 The Minister of Works and Transport, General Katumba Wamala says the Government is set to adopt new innovation for boda bodas riders before they are allowed to carry passengers.

He told parliament that they have received a sample with a designed innovation which separates rider from passenger.

Katumba says they have engaged chief mechanical engineer and Ministry of Health to see how it can reduce the proximity between rider and passenger.

It should be noted that boda bodas have been off the streets of Kampala for three months, and in the rest of the country. The government have been advised to let them carry passengers or should provide a solution to the incomes of 1.2 million riders and the livelihoods of over 6 million Ugandans.