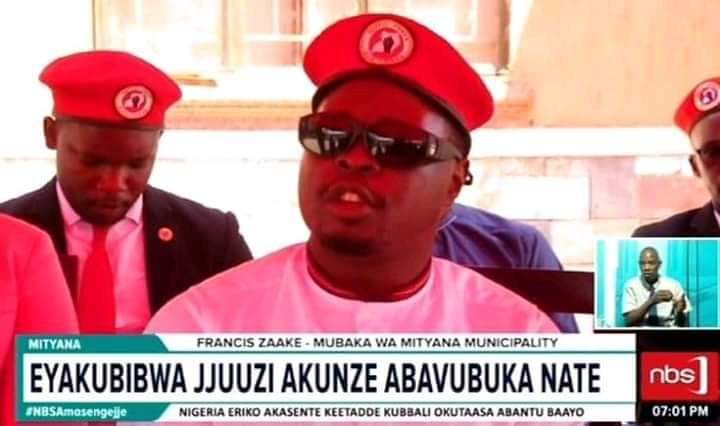 The controversial Kamwokya based Television station, NBS is yet again in the limelight following the Thursday authorship of a disturbing headline in their 7pm ‘Amasengejje’ news broadcast.

Titled, “Eyakubibwa juzzi akunze abavubuka Natte” which translates, “Zaake who earlier suffered torture has again rallied youths”, the headline seems to mock the legislator who survived torture and tends to glorify the acts of violence meted out on the People Power Youth Wing leader and Mityana MP Zaake Francis Butebi. The NBS press team is among the media houses that were summoned to attend the Thursday joint opposition youth wing presser.

NBS has been accused of demonising the efforts of the opposition by sarcastically writing controversial statements and headlines especially those that downplay the People Power movement. In 2019 as the People Power principal, Bobi Wine marched to Kibuli CID to deliver a petition against his blocked concerts before he was violently arrested around Kalerwe, a Kampala suburb in Kawempe division, NBS wrote a headline that led to the firing and overhaul of some of its staff members in the news production room. The headline read, “Eyeyita Omubanda asuze Luzira” which translates “The self proclaimed bad man is to sleep in Luzira” as they tried to mock Bobi Wine for being arrested with all the masses he had garnered.