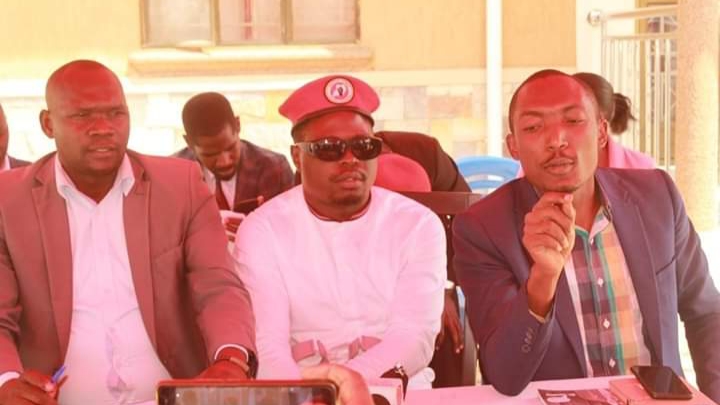 In a joint press statement issued, the opposition youth leaders are concerned that the problematic method of campaigning as stipulated by the EC will deny youth candidates from the opposition a fair chance to compete with their opponents from the ruling party since most of the media houses are either owned or controlled by the regime and its functionaries.

Further to our earlier engagements and press conference at Parliament as opposition youth leaders and Cognizant of the fact that we believe in different political ideologies, shades of opinion and strategies, we emphasize that now is the time to put our heads together as young leaders and seek ways of consolidating our strengths to confront the 35years old M7 dictatorship with one voice. We beseech our fellow youth from all over the country to join in promoting pro-change cooperation.

We have read with consternation the revised Roadmap for the 2021 general elections as unilaterally issued by Uganda’s ‘Independent’ Electoral Commission in “consultation” with President Yoweri Museveni. We take issue with the Roadmap to the extent that it purports to ban campaigning through public rallies and instead directs that candidates shall conduct campaigns ‘digitally’, that is, through the media only. On the face of it, this ban violates basic principles of a free and fair election protected by domestic and international law.

The legality of digital elections notwithstanding; we are concerned that the problematic method of campaigning as stipulated by the EC will deny youth candidates from the opposition a fair chance to compete with their opponents from the ruling party since most of the media houses are either owned or controlled by the regime and its functionaries. Owing to several incidents in the recent past during which opposition leaders have been blocked or hounded from media houses in the middle of talk-shows, we have no reason to believe that we shall have equal or any access to media houses during campaigns.

Going by the nature of our society which is largely peasantry, the mode of programming and broadcasting of 90% of the said media outlets is infortainment since majority are privately owned and sponsored. UCC doesn’t have the capacity to compel them to give opposition candidates an opportunity on air. Secondly media outlets are very few yet there are many candidates hence no capacity to give airtime even for the few who can afford to pay. To make matters worse, many parts of Uganda don’t have radio, TV or internet coverage e.g. Sebei sub-region where Districts like Bukwo connect to those of the neighboring Kenya.

According to the Electoral commission road map, nomination for youth Village elections commences on 5th August 2020. With banning of rallies, how does the EC expect youth campaign on radio, TVs and social media at a village level?

We believe that the road map lacks inclusivity on the side of youth with disabilities like the deaf and the blind. That means these categories of disabled people can neither contest nor vote meaningfully.

In light of the foregoing circumstances, we believe that the so-called digital elections shall rob voters of the opportunity to make an informed decision on whom to entrust with their mandate since they will have had insufficient chance to hear from some of the candidates.

Accordingly, we implore the Electoral Commission to rescind its purported ban on public rallies during the 2021 general elections and treat this election as a normal election rather than hiding behind ‘science’ to deny Ugandans an inclusive, free and fair Election.

For God and Our Country