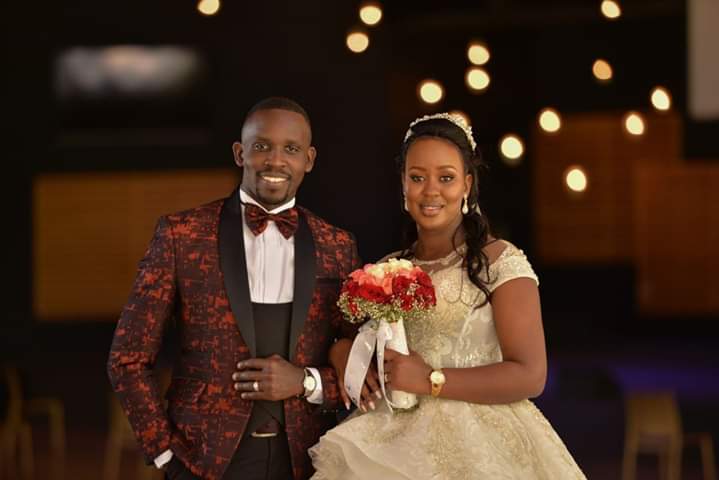 The virgin talk about the the handsome vocal 32 year old political activist has finally come to an end. A lot of women have been admiring the former NTV news anchor for being single and ‘virgin’ and some have been applying to fill the ‘vacuumed’ heart of the journalist-cum politician.

In the Sunday noon post on his official Facebook page, Joel is seen donned in a colourful maroon court posing with his beloved one clad in a bridal gown and holding a bouquet of roses which leaves the public speculating if the duo have just held a scientific wedding since it is the lately trend arising from the corona virus crisis. “Behold, Mr. & Mrs. Joel Ssenyonyi,” the short sentence reads.

With less than 6 months left to the parliamentary and presidential elections, the Nakawa MP hopeful now has no stone unturned and will not have to struggle with responses to the inquisitive crowds that would want to see his spouse before casting their vote on him. Comments are still flowing on Joel’s post with people showering him praises and congratulatory messages. Not much is yet known about his lover, but our snoops are digging deep to know who the lady bowing down the resilient activist, exactly could be. Moments after his photo got traffic on the internet with shares and reposts, the People Power principal himself, Bobi Wine made a congratulatory Facebook post hailing his colleague for joining the league of ‘Men’. We hereby congratulate Joel for walking down the aisle to tie his knot on his beloved spouse.