NBSTV’s Douglas Lwanga faces the Fury of his Fans After Announcing a Concert on the Same Date with Bobi Wine’s Freedom Concert. 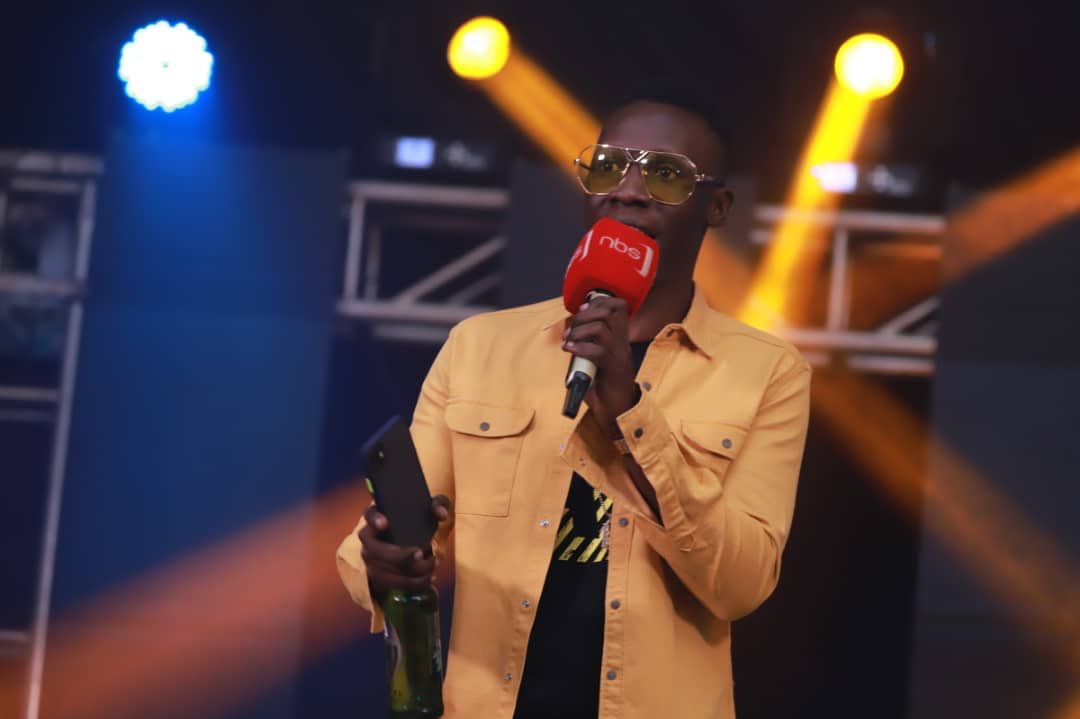 Nile Broadcasting Services TV presenter Douglas Lwanga has faced the fury of his fans when he took to his social media to announce a concert dubbed Gender Equality E-Concert slated on the same date with Bobi Wine’s Freedom concert.

Within two hours of his post, the comments section was already full of the flyers and photos showing Bobi Wine’s  Freedom concert. Fans lashed out all the bad words they could, condemning him for “supporting the junta.” Douglas who seems to be contemplating on the best way to pull down the post has not yet replied any comment.

One fan, Bob Sejusa mpuga, had this comment which we managed to copy;

Lwanga Douglas 😂😂😂. I guess ur regretting for as to why you posted this 🤣🤣.. You’ve acted so childish ggundi. If the Kiwatule boy couldn’t do this, how about you….you’ve just gassed loud in public 🏃🏻🏃🏻🏃🏻 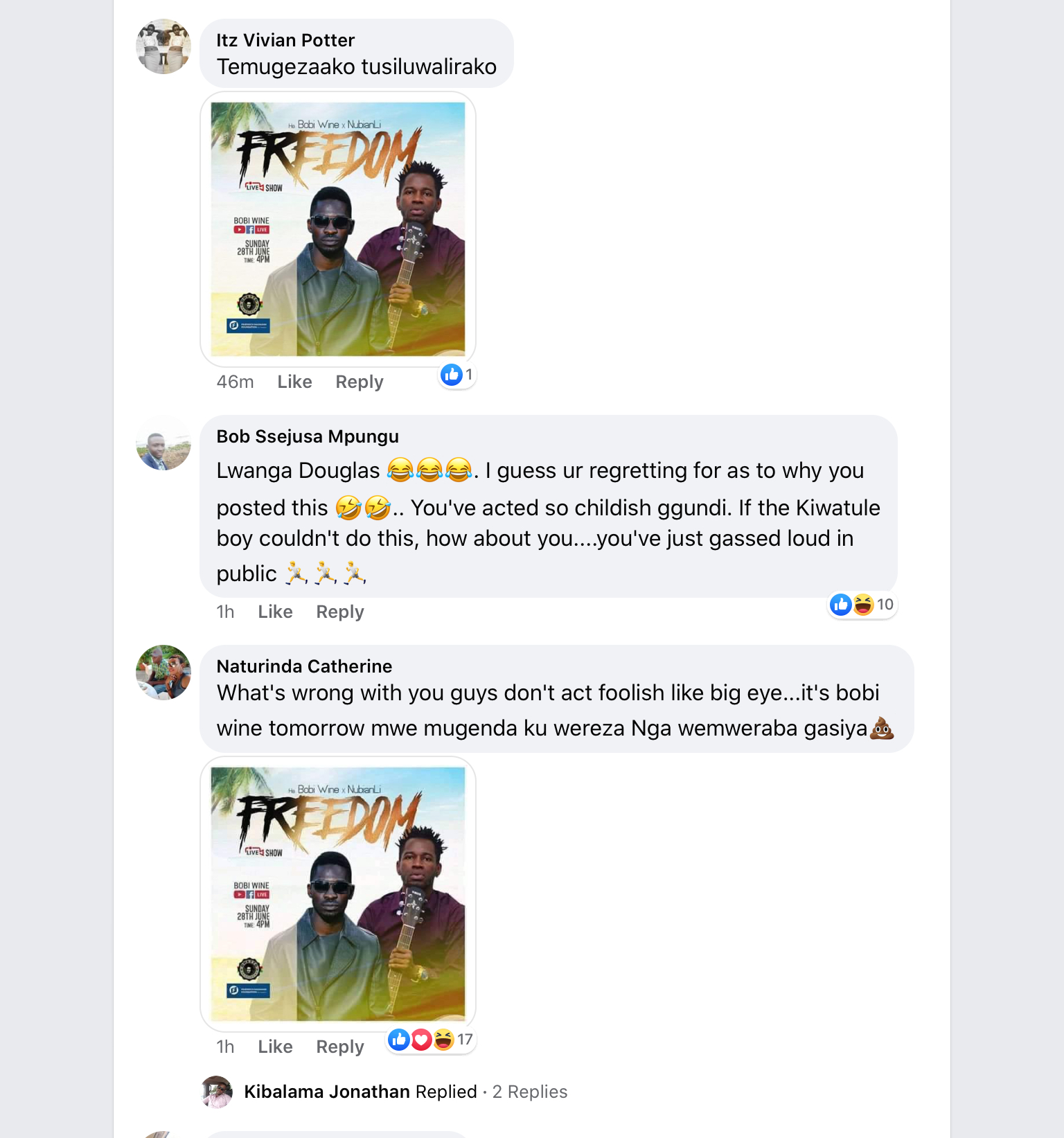 By facts, Douglas first tweeted this post yesterday  with his twitter handle but did not get enough feedback. He then dared Facebook where he got the outburst from his fans.

Douglas Lwanga has had a history of controversial posts where he seems to be supporting one candidate against the other but without posting it directly. 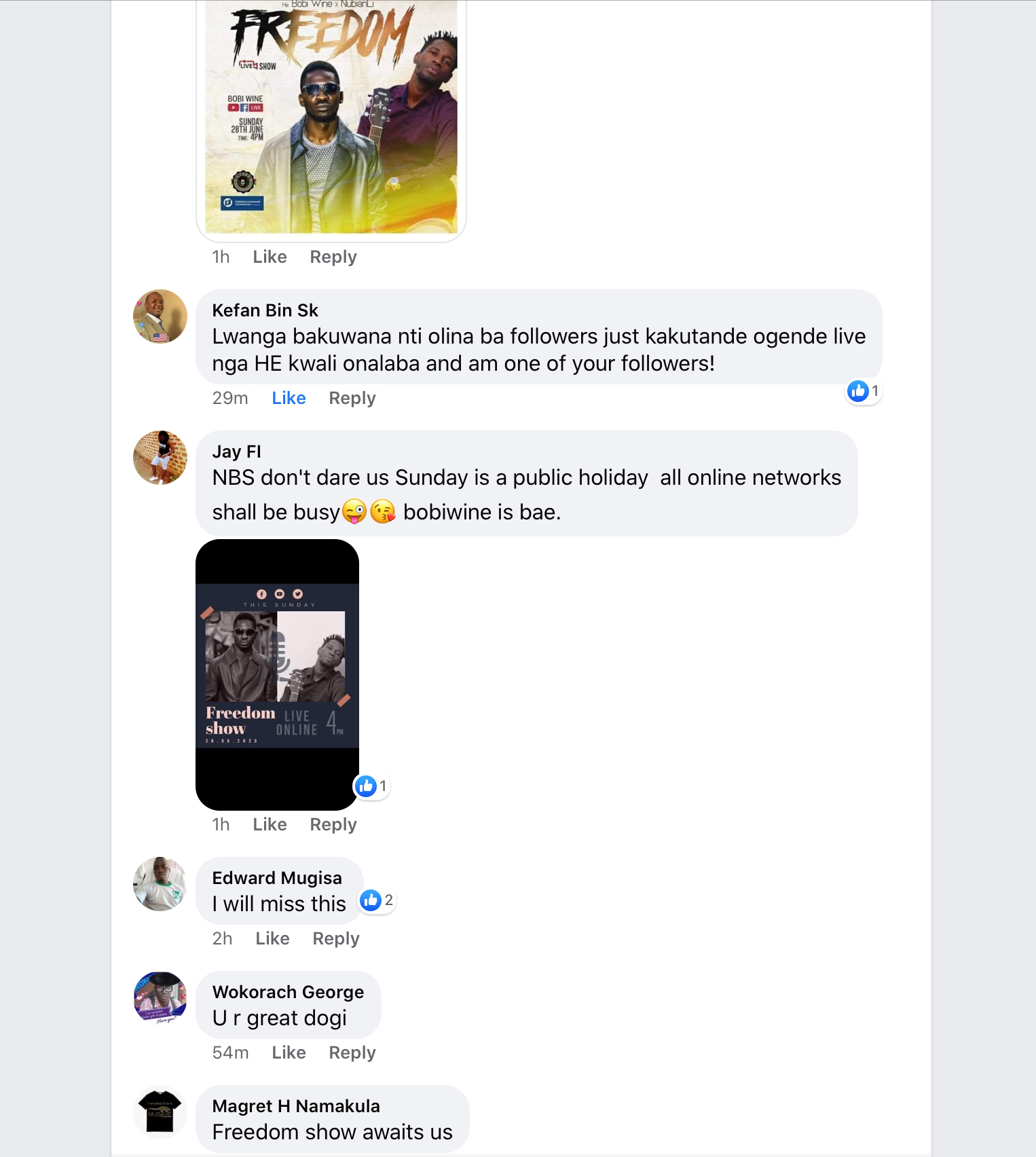 In 2018, he was highly condemned for failing to post anything about the Togikwatako aftermath even when every celebrity was posting about the same.

He was also recently attacked together with his ‘NBS After 5’ crew when they donned black T-shirts painted with “All Lives Matter” slogan on them. This was in the hearted times of US black lives matter protests after the death of George Floyd, a black American who died at the hands of the Minnesota’s Minneapolis police officers. Since then, the All lives matter had been termed as a racist slogan. 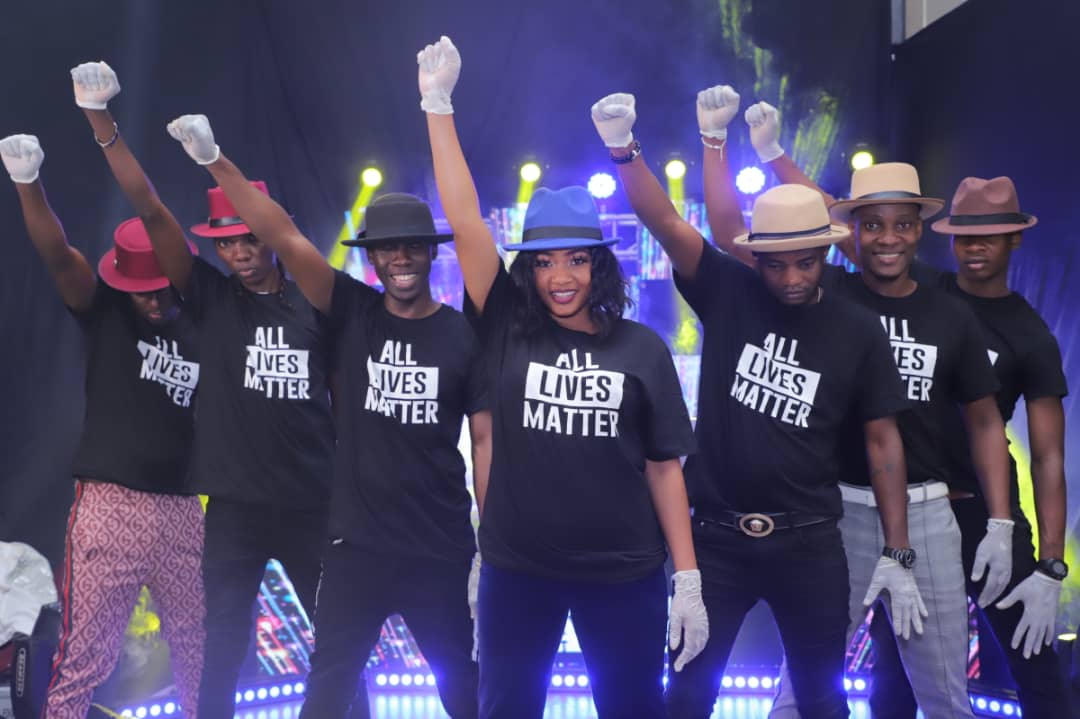 The NBS administration however came out and apologized to the public. Douglas Lwanga is yet to receive the heaviest fury as many fans are still flocking to the comment section.
Bobi wine earlier announced on Friday night that he had organized a live Freedom concert which received a massive embrace from his fans.