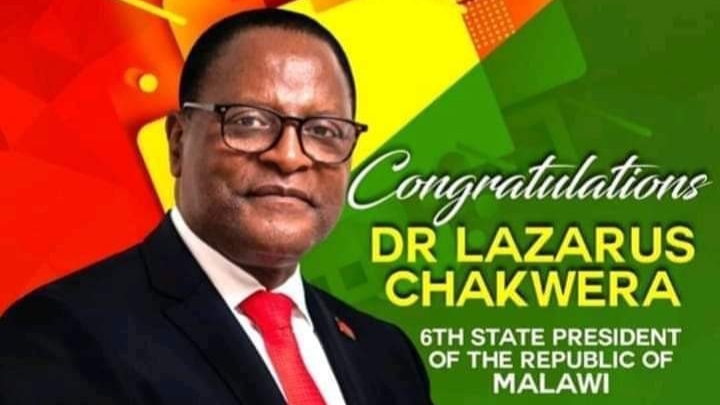 He defeated incumbent Peter Mutharika with 58.57% of the vote in Tuesday’s poll, the electoral commission announced late on Saturday.

The country was bitterly divided in the run-up to this week’s election.

It is the second African nation to annul a presidential election over irregularities, after Kenya in 2017.

•Resilient Struggle and Massive Protests by Malawi’s Opposition Finally pays off in A landslide Victory.

Following the official result on Saturday, Mr Chakwera said his victory was “a win for democracy and justice,” adding: “My heart is bubbling with joy.”

His supporters took to the streets of the Malawian capital, Lilongwe, sounding car horns and letting off fireworks.

Mr Chakwera is expected to be sworn in on Sunday.