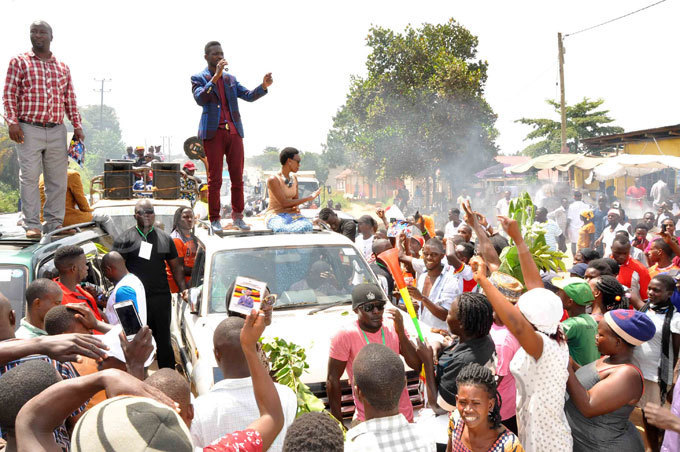 On this day 3 years ago in the 2017 Kyadondo East byelection, the musician-cum politician, Robert Kyagulanyi Ssentamu alias Bobi Wine fired his first shot into Uganda’s political arena with a 77% landslide victory.

It was a very remarkable moment as history was being made when a civilian (Bobi Wine) painted a new phase in Uganda’s struggle. Earlier in the recent past, the politics was Bush war centred and candidates at various levels would scramble for the endorsement of the two arch-rivals, Yoweri Museveni of the NRM and then opposition strongman, Rtd. Col. Dr. Kizza Besigye.

Bobi stood all the trials and tribulations throughout the campaigns and in fact at the climax of the campaign, he was briefly arrested and detained for allegedly obstructing the fountain of honour, Yoweri Museveni who was to have a rally at a venue occupied by Bobi Wine and his supporters. The ruling NRM party was locking horns with their perennial rival, FDC and unsuspiciously took Bobi Wine for a ride till the eleventh hour when the then 35 year old independent politician overtook the two rivaling sides to emerge victor. Even amid the heavy deployment, voter bribery and intimidations by NRM cadres like the Nsangi LCIII boss Abdul Kiyimba who tried to intimidate voters with a pistol and was overwhelmed by the masses, things never went well for the state. Aisha Namubiru who spoke to this site and recounted the 2017 poll moments says, she just didn’t want Bobi to win but wanted him to double or triple the total votes of the opponents. “I didn’t want Bobi to just win. I wanted him to win with a huge margin such that even if Sitenda and Kantinti’s votes would be added, he would still lead,” she reiterates.

The Kyadondo East seat fell vacant when the court overturned the victory of NRM’s Sitenda Ssebalu after a petition was lodged in by FDC’s Kantinti. Bobi Wine says he only learned about the vacancy of the seat in a New Vision advert and was largely influenced by his long time confidant and fellow artiste, Nubian Li who gave him a ‘go ahead’ to compete for the seat. The story has since changed with Bobi becoming a leading opposition figure apparently eyeing the presidential seat in the looming 2021 polls.