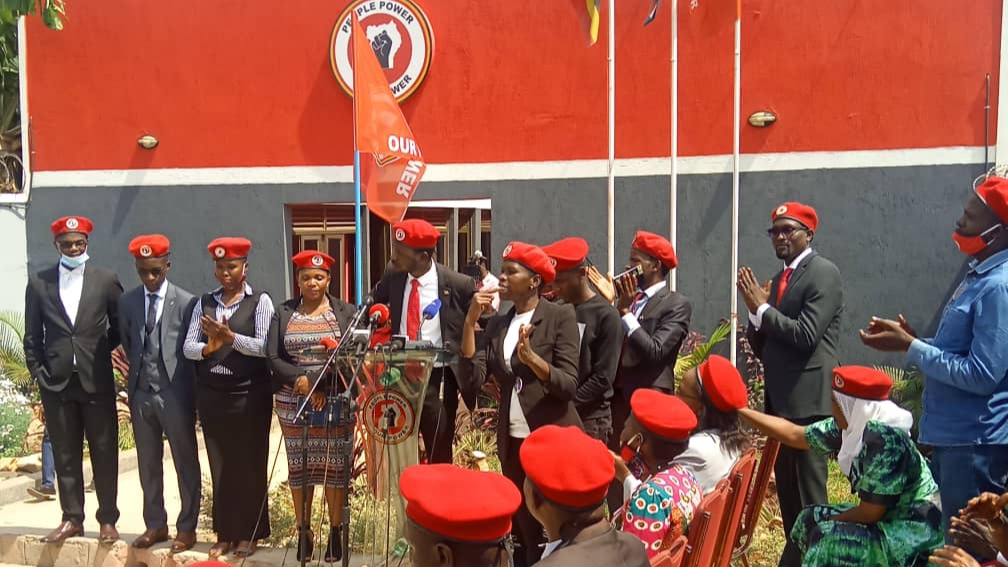 In his message, the Kyadondo East member of Parliament Hon Kyagulanyi Ssentamu Robert aka Bobi Wine who’s vying for presidency has welcomed the new members and immediately charged them with responsibility.

“We’re doing all this in preparation for an election. We have been telling you about mission 2021. We’re still on that mission. We told you that we want to unseat President Museveni. Yes, to remove President Museveni and his government of national shame. And this that we’re doing is yet another step towards that.

A group of the ruling NRM has also crossed to the People Power Movement and officially welcomed in a special way. These include; Innocent Tegusulwa, Nabagesera Shakira, Sseguya Zayid, Brian Ssenkungu, Mugwanya Balaam and many more.