Sudhir appears before parliamentary committee to explain his wealth 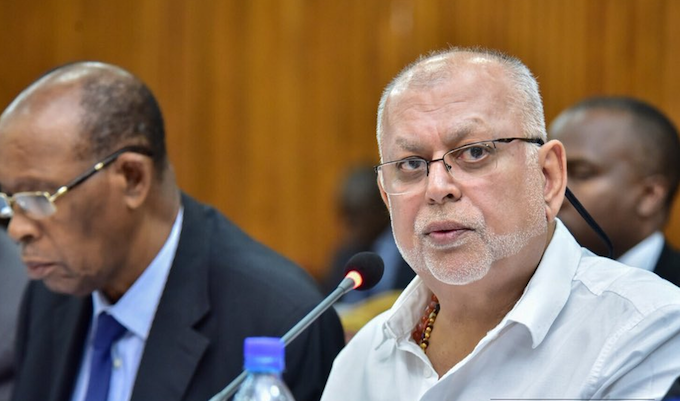 In the ongoing government investigations into the wealth of some of Uganda’s wealthiest tycoons, Sudhir Ruparelia has today faced off with the Parliamentary Committee on Commissions, State Authorities and State Entreprises to explain how he acquired his money generating empire. Government recently proposed a bill to tax the wealth of individuals as a means of increasing revenue collection.

The government of Uganda suspects that the tycoon could have illegally acquired wealth that initially belonged to the Asians who were expelled by the Idi Amin regime in 1972. A source which was privy to today’s meeting told this site that the business magnate was tasked to produce valid ownership of land and property titles of some houses and estates in Munyonyo and Kololo. “He has to prove the authenticity of his properties. We are certain he could have acquired them illegally by using the chance of the absence of the expelled Asians who never returned,” he reveals. “Many Asians did not return to reclaim their property so we wonder how it ended up in Sudhir’s hands,” he adds.

The proprietor of the Ruparelia group of companies was at one point rated East Africa’s wealthiest individual by US based Forbes Magazine which reported that he had hit a $1 billion landmark.

According to Forbes in 2019, Sudhir was rated the wealthiest individual in Uganda, with an estimated net worth of US$1.2 billion. His empire encircles investments in the leisure and hospitality sector, informal sector, education sector, ownership of banking institutions, business arcades and malls to mention but a few.

On 20 October 2016, the Bank of Uganda, which regulates all banks in Uganda, took control of Crane Bank, the largest subsidiary of the Ruparelia Group, due to a significant decline in capital and potential run on the bank.