Bobi Wine: We are going to the elections and we shall win 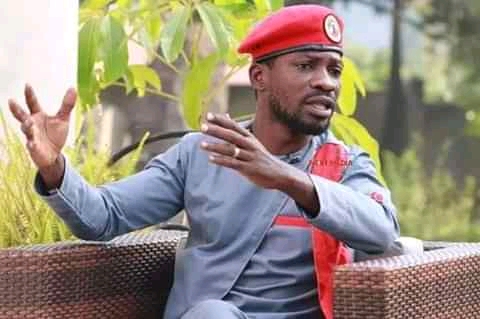 Appearing on NBS TV’s Morning Breeze show, hosted by Simon K. Njala, Robert Kyagulanyi allies Bobi Wine said that Uganda shall hold an election that is constitutionally allowed, different from the scientific selection that the Electoral Commission want to hold.

“I dont talk politics, this is reality. Byabakama has been working for Museveni all along, we can’t forget when he was used to lie about Dr. Besigye rape case,” People power supremo said.

He added that “I don’t just want to be on ballot paper,  am going to be the 10th president. It’s not about politicians, electoral commission, media stations, political parties, religious leaders, or any other organisation but its you the people of Uganda to liberate your country come 2021.

He also revealed that “We shall rally Uganda to take part in everything that will bring about change. We must be seen as people here to free Ugandans. Even this lockdown is political.  COVID19 has been politicized. Museveni doesn’t care whether we live or die provided he stays in State House.”

It should be noted that the Electoral Commission recently released the revised 2020/2021 Election Roadmap, in which it announced several new changes, among them  being the prohibition of all political rallies and urging candidates to use radios, TV stations, social media and other digital platforms as avenues for campaigns ahead of the election.