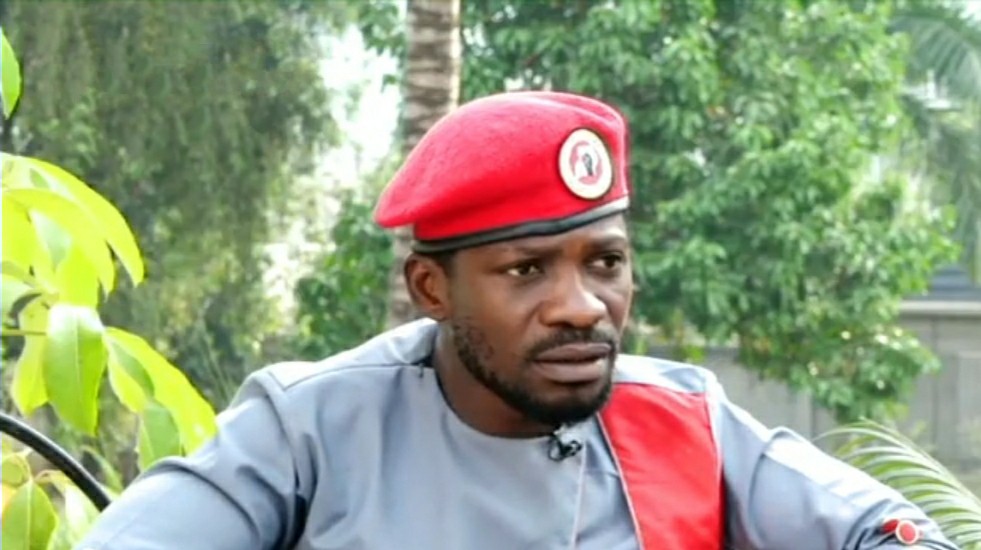 The Kyadondo East member of parliament and the principal of the People Power Movement Hon Kyagulanyi Ssentamu Robert aka Bobi Wine while talking about the revised Electoral Roadmap announced by the Uganda Electoral Commission, he has warned the ruling old men on a local television not to mess up because they’re putting the country in danger.

Bobi Wine said, “Museveni is at his weakest point. I dare him to a real election. Any candidate comfortable with this joke of a scientific election is working with him. Our mission is to take off Museveni. We are not joking.”

“Unless the EC lives on Mars, they should be aware of what is going on. People are packed and going on with their usual business. This is the same EC that connived with security officials to stop our consultations.” Bobi Wine expressed his reality to the EC

He went ahead and said that the majority of TV and radio stations are owned by regime apologists. This is not about balance because you can never push a dictator. As soon as the EC came out with this nonsense, the media quickly came in to make it sound rosy.

“The media doesn’t effectively reach 30% of the population. A bad election is more dangerous to Uganda than #COVID19. I am warning those old men not to mess us up. They are putting our country in danger.” He added.

When asked about the fruits of the Alliance dubbed United Forces of Change, Bobi Wine said, “We need servant leadership as soon as yesterday. I want to be the president of Uganda. I am the glue that unites everyone. We have had engagements with very many people, not just the People’s Government.”

In his message to the people of Uganda, Bobi Wine said that, “Ugandans need to understand what their Electoral Commission is. They need to know that in this situation, we have a dictator who has been playing around. President Museveni is now facing a generation and dynamics he has never faced before. This is close to a coup.”

“The entire world should put their eyes on Uganda. As Ugandans, we should watch our steps. Don’t be fooled by the EC. Uganda must defy that information from the EC. They are our servants and not our bosses. Justice Byabakama should know that he is in a very sensitive position. I don’t want to be politically correct. I say it as it is.” He added.

Bobi Wine assured Ugandans that he doesn’t talk politics, he talks reality. “I am ready for an election as prescribed by the law. There is no scientific election.”

Apr 14, 2021 Emmanuel Busingye
Do NOT follow this link or you will be banned from the site!
Don`t copy text!