MP Zaake Initiates a Private Prosecution Against the Officers who Tortured him in April. 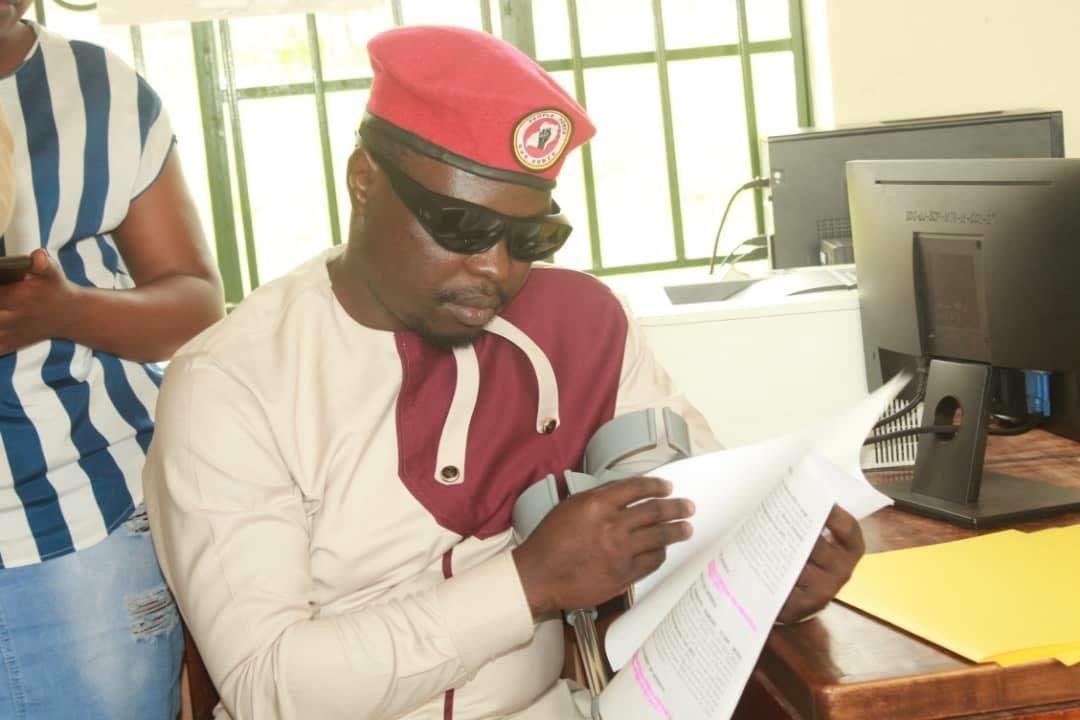 Mityana Municipality Member of Parliament Hon. Zaake Butebi has initiated a private prosecution against the men in Uniform who tortured him in April moments after he was seen giving relief food to his constituents.

On April 19th Francis Zaake was roughly rounded, beaten heavily and tied inside a police patrol where the public did not know about his whereabouts for two weeks. No journalist, lawyer, friend or family member was allowed to access him until he appeared before camera with torture marks all over his body, legs that could not walk and eyes that could not see.
The honorable describe the ordeal of his arrest and the torture that issued as the men in Uniform kept changing locations. Zaake Francis was torture for giving relief food to his constituents clearly observing the SOP.
Despite filing a compensation suit in the high court, little has been done to guarantee justice to the provincial legislator. This is however the second time that he has been tortured with nothing being done.

Zaake even came out to post these same tormentors on his social media handles but non of them has yet been held accountable.

Today, using his lawyers, Francis Zaake has initiated a private criminal investigation in this matter because he says that he does not the “state apparatus that unleashed these criminals on me” and yet currently protecting them.

Hon. Zaake swore to stop at nothing in order to ensure that “these rogues in police uniform are held civilly and criminally responsible for their crimes, and that they do not do the same to any other person.

There have been thousands of crimes committed by the Ugandan state operatives and yet little or nothing has been done.

In addition to the civil suit for compensation that I filed in the High Court against police officers who tortured me in April, I have initiated a Private [Criminal] Prosecution against the same officers at the Chief Magistrates Court of Mityana.

I have charged Mubende RPC Kagarura Bob, Mityana DPC Mwine Alex, SIU’s Twesigye Hamdan & Elly Womanya, and other officers with 3 counts of Torture; 1 count of Unreasonable Detention; and 1 count of Disobedience of Lawful Orders, among others.

Unlike the usual case where criminals are prosecuted by the State, I have decided to literally take matters into my own hands because I do not trust the same State apparatus that unleashed these criminals on me and is currently protecting them, to again be the one to investigate and prosecute them.

I will stop at nothing to ensure that these rogues in Police Uniform are held civilly and criminally responsible for their crimes, and that they do not do to anybody else what they did to me. Thanks to my lawyers Kiiza & Mugisha Advocates as well as the Network of Public Interest Lawyers (NETPIL) for the good job done. #JusticeForTortureVictims