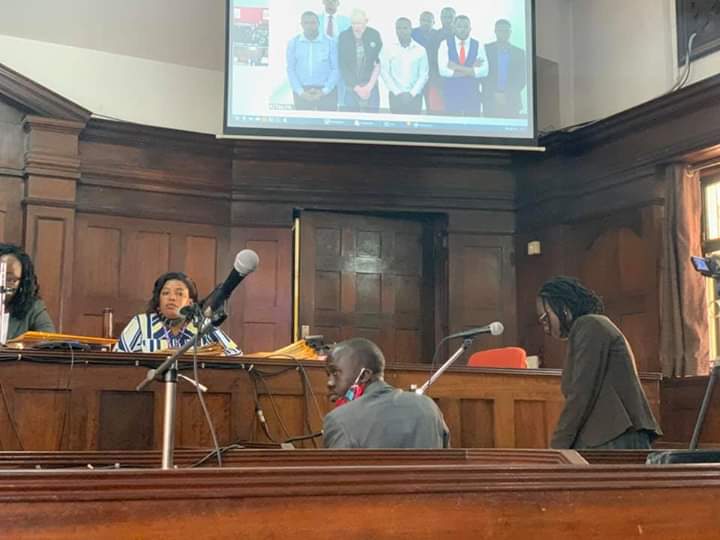 The High Court in Kampala has today July, 1 granted a non cash shs 4m bail to the eight incarcerated People Power activists who were last month arrested in Makindye, a Kampala suburb.

The activists were represented by People Power lawyers; Anthoni Wameli and Gerald Owiny. They appeared via the visual-audio link at the High Court, although they physically remain in Kitalya Prison.

SEE ALSO: No visits allowed for the jailed People Power ‘No Nedda’ activists

After pleading not guilty, their counsels applied for their release on bail. Two sureties were produced for each of the remanded prisoners and the magistrate okayed the application at a shs 4 million non-cash.

“We are living in a country where the people’s right to assemble, express themselves and protest are not respected,” said the Makerere guild president, Kateregga Julius who was present at court. “We are jubilant of the judge’s transparency. At least sanity is returning to the courtrooms,” he adds.

Court asked the eight activists to return a fortnight from now, on July 16, to report for trial. They are being charged with disobedience of lawful orders and doing acts likely to spread the Corona virus disease. Uganda has been lambasted for applying draconian restrictions in curtailing the spread of the disease.