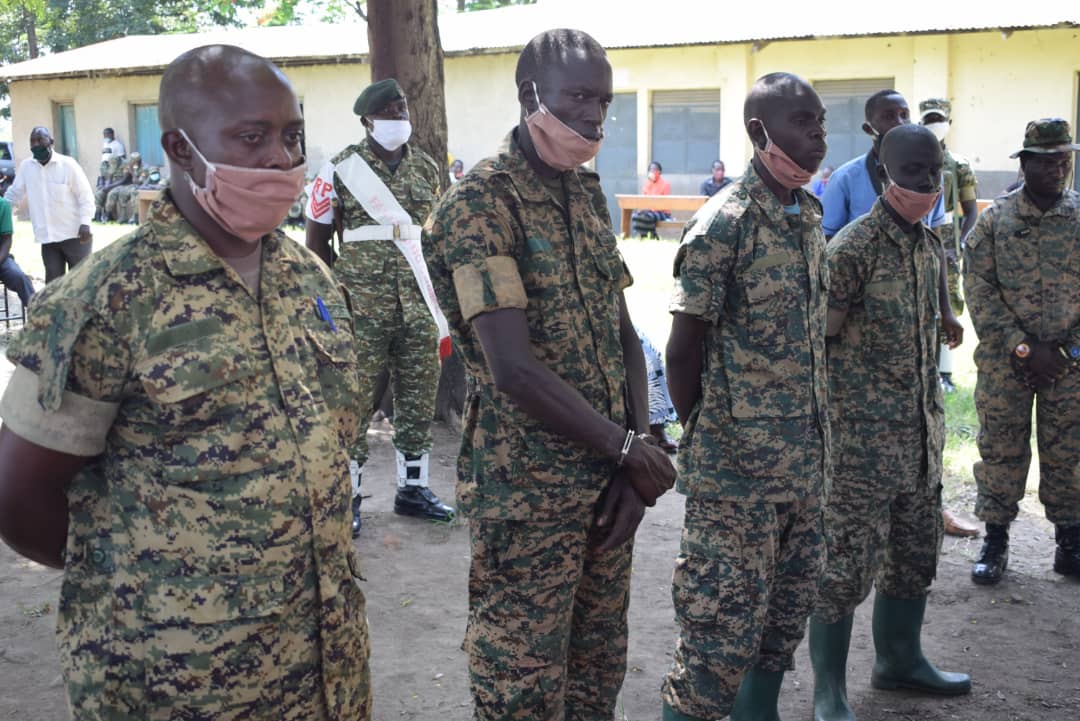 Court led by Lt. Col. Felix Nyero has sentenced Abraham Lokwap to 35 years in jail for acting beyond his mandate and killing an innocent Ugandan. Lokwap and three others were manning a roadblock on Kasese Fort Portal highway when Nsimenta and his wife were travelling on a boda boda.

According to Nsimenta’s wife, the officers stopped them and shoot her husband instantly.

Benon Nsimenta, a Lay reader of Kogere Church of Uganda was shot dead while riding on a motorcycle together with his wife Allen to the garden along Karungibati on Hoima-Kasese road.

The UPDF soldier allegedly tried to stop the duo for flouting COVID-19 guidelines issued by Museveni. The Lay reader however, didn’t stop which prompted the gunman to fire bullets killing him instantly.