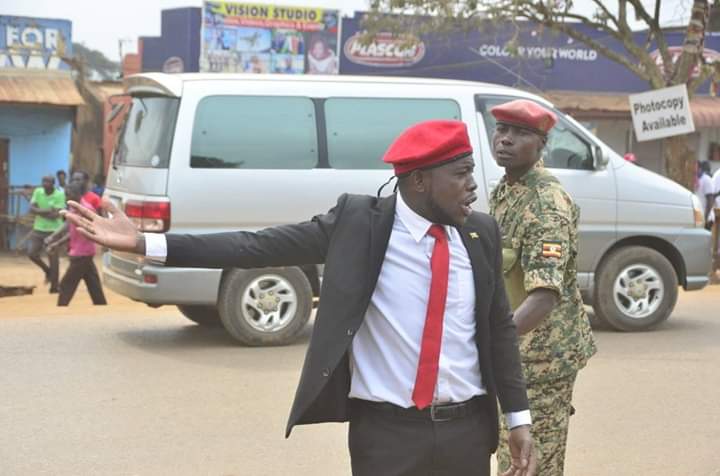 Our reporter managed to have a one on one with Musiri David, a contender for the Makindye West seat under the People Power ticket who happens to be one of the eight activists that initiated the ‘No Nedda’ street campaign in Makindye on June, 16. Musiri says his experience at Kitalya prison will never fizzle out of his memory. The 27 year old Makerere student recounts the struggles and observations he encountered in his three weeks remand to Kitalya. He unleashes what is concealed behind the walls of Kitalya prisons.

On day one of their committal, Musiri says they were isolated to a dimly lit solitary confinement cell. “We were isolated from other inmates in the first three days of our arrival. The cell is very dark and one can barely see a shaft of light,” he recalls. “My vision is now fearful of the solar system. My eyes have not seen the sunlight for all the time I was kept inside Kitalya prisons,” he adds.

Musiri also notes that Kitalya prison seems to be a Guatanamo bay sort of place where People Power youths are detained by the rogue brutal NRM regime. “I saw several young men suffering. They’re aged between 18-25. These are men with no court dates,” he reveals. “People are just dumped here and kept in solitude to death. They’re not arraigned before court because they don’t have a name or people to follow up unlike us who have been under the public watch,” he adds.

Musiri also adds that inmates are piled like biscuits in a small sachet. “We are arranged in an inhumane manner. We sleep on each other’s bodies. There’s no social distancing at all and in case of a covid outbreak in the cells, the fatalities can be regrettable,” he reveals. “However, some of the unlucky young inmates who die in custody are ferried out in the night hours and secretly buried in mass graves,” he adds. On the issue of feeding, Musiri says inmates are fed only once a day and in case one misses a meal, he could starve to death. He urges the Uganda law society and human rights lawyers to offer proborno services to the plight of the illegally detained youths. David and his seven colleagues are to report to High court on July, 16 as per the bail terms.