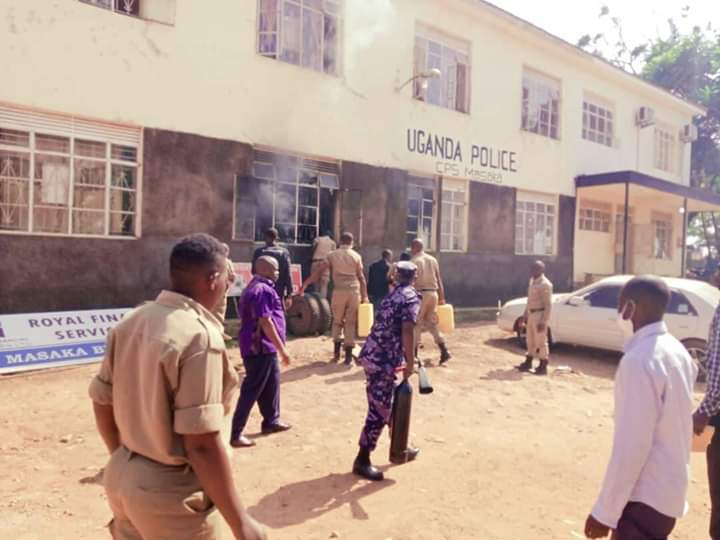 Emerging reports from Masaka police station indicate that a yet to be identified frustrated Boda Boda rider has this morning set himself on fire following the confiscation of his motorcycle which has been his only source of income. According to reports, the frustrated rider was earlier this week arrested in Masaka town where he was ferrying a passenger. The police violently took his motorcycle and beat him to pulp for flouting presidential directives.

On top of confiscating his ride, the young father of two was also illegally detained in custody of Masaka police station. Sources privy to the tragedy say the suspect lost his cool and started a fire in the cells. It is not clear how he managed to smuggle a match box into the cell since all suspects are stripped of their items before detention.

The suspect is apparently critically injured and several other suspects have been rushed to the hospital after suffering a severe suffocation. By the time of filing this report, police was struggling to put out the ravaging flames that were spreading to other sections of the police station.

The ban on the Boda Boda industry has caused an outrage among the 10 million Ugandan youths who are employed in that sector. Museveni has to-date never allowed them to operate as he stresses that it is hard for cyclists and passengers to follow the Ministry of health guidelines of social distancing.