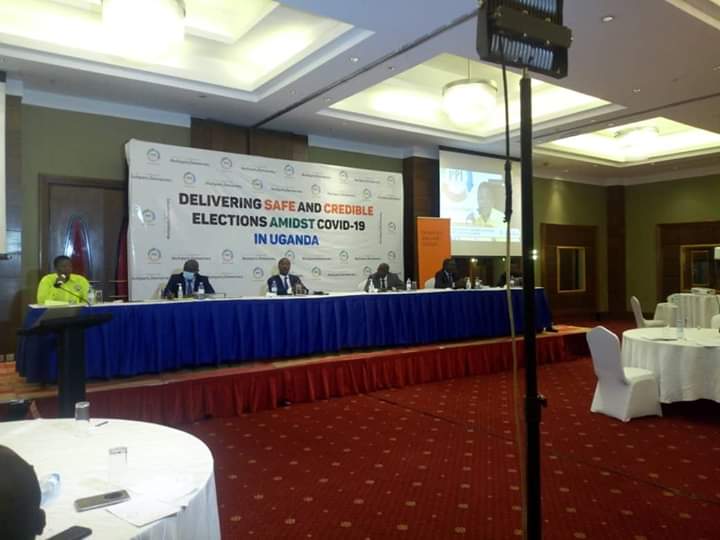 There is a fresh row in the ruling National Resistance Movement as a section of members of the National Executive Committee (NEC) have strongly contested the implementation of the scientific elections ahead of the party primaries.

SEE ALSO: EXCLUSIVE: Why Museveni does not want the 2021 poll postponed

In a closed door meeting which took place at a high end hotel in Kampala on Thursday July, 2 morning, the NEC members strongly opposed the scientific elections as they stressed that it won’t be effective and applicable in some remote parts of the country. Some NRM delegates recommended planning other ways on how to vote for party flag bearers during the party primaries besides lining up as they had recently amended. This is due to health guidelines in the prevention of the COVID 19 pandemic.

Sources privy to today’s top meeting reiterate that Museveni has been given just three days to sit down with the Electoral Commission chairperson, Justice Simon Byabakama and come up with a better plan for the polls. “We want the EC to consult the stakeholders before coming up with these reforms. The idea of the scientific polls may not work,” a source in the NRM NEC told this site under the condition of anonymity for fear of reprisals. “This system is selective. Museveni has feared a young opponent (Bobi Wine) for the first time in his three decade rule. How effective will the scientific poll be in remote parts of the country? We don’t agree with this,” he adds.

A well placed source with knowledge of the development says Museveni is considering postponing the elections to 2023 if the opposition members continue to exert pressure on him. He has also lined up a legal team to battle any petition that would arise from the postponement of the poll. Also in his pipeline, he us considering another constitutional amendment that would strip executive powers off the Speaker in case of the adjournment of the election.