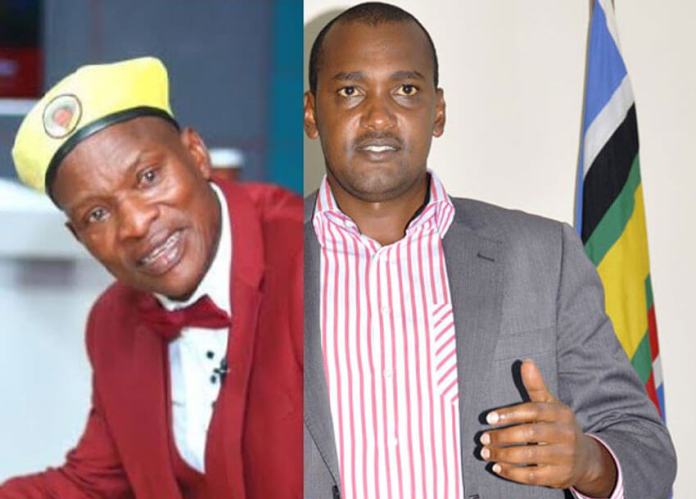 SEE ALSO: Tamale Mirundi speaks up about how he was Poisoned

According to reliable reports from family members, Mirundi survived with minor injuries. Mirundi’s woes with the Mafia gang worsened in this Corona season when the group approached President Museveni and urged him to tame his man. From the engagement Minister Tumwebaze and group held with Museveni in June, a consensus was reached that Mirundi was to censor his utterances if he was to retain the weekly one on one programme on Kin Kariisa’s NBS Television. The NBS CEO was threatened with a shs 10b suit if the TV could not censor Mirundi. The latter chose to quit the programme and advance his verbal rants on other online channels. Mirundi has been on the hit list of the Mafia group that he regularly attacks on his weekly radio political programmes but sources say he has survived a multiplicity of poison attacks.

A narrative of Mirundi’s accident has been issued by his son, Joseph Tamale Mirundi Jr who has this morning wrote;

At about 8pm last night at Zaana round-about, Mr. Tamale Mirundi Joseph snr was involved in a car accident in which an unknown vehicle yet to be identified intentionally knocked his vehicle causing total damage to his car but leaving him(Tamale Mirundi) with minor injuries but safe and alive and I reliably inform the public that all his works and media programs shall continue as usual. I further want to appreciate each and everyone who responded after getting such news, through phone calls and those who reached at the screen, I also thank the security team for their bravely in such times. As a family, we are in touch with security agencies to establish the intentions of the tormentors and public will be informed about all the proceedings.
I thank you all my good people.