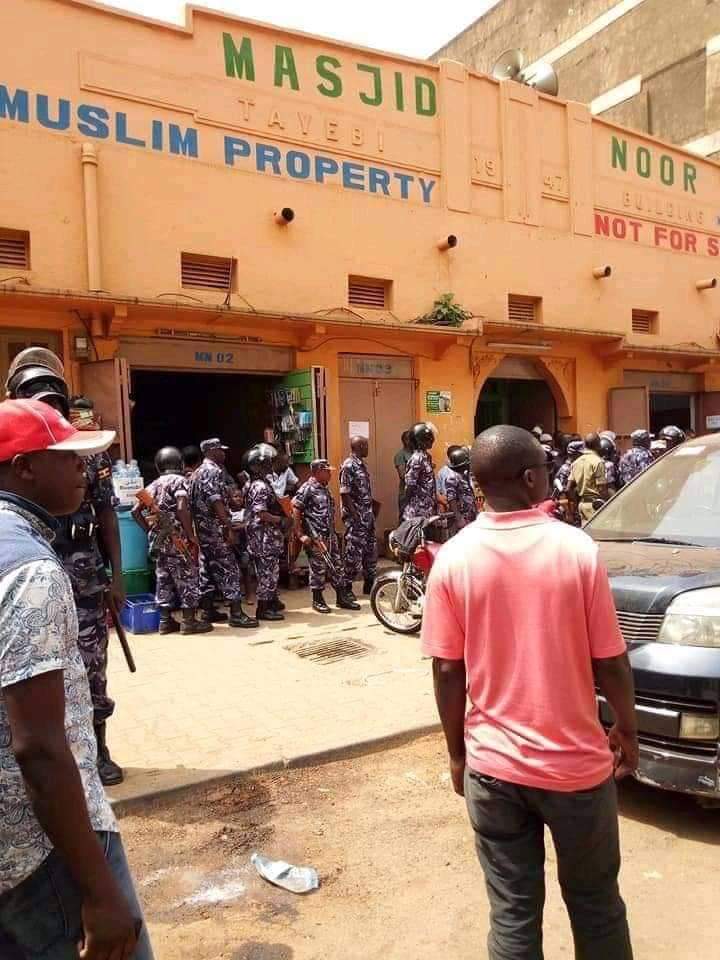 There is boiling tension in downtown Kampala as the police on this Sunday morning broke into Masjid Noor at William street in Kampala.

The Police and LDU officers have apparently surrounded William Street Mosque over yet to be identified reasons. Occupants and bystanders are being asked to keep a distance.

There is no official statement made in relation to the raid but reliable reports from the Tabliq muslims say that the regime just wants to relocate the mosque and occupy this plot. “The government has never wanted this mosque to be in this position. They’ve always frustrated our stay,” says Sheikh Zubair on phone. “It is not the first time that we are under attack. You all remember when Kayihura was still IGP, we were always accused of seditious acts,” he adds.

It should be recalled that the head of the Tabliq sect, Sheikh Yunus Kamoga and several other clerics were in the 13 year reign of Gen. Kale Kayihura arrested and charged with terrorism and subversive actions. In a government report, Sheikh Kamoga was linked to Jamil Mukulu’s notorious Allied Defence Forces, ADF terror group which operated in the Rwenzori region. However, no substantial evidence has ever been adduced before the courts to implicate the accused. Several muslims accuse the Museveni regime of frustrating the stay of the Islamic faith. We are still following the matter and we’ll update you in case of more developments.