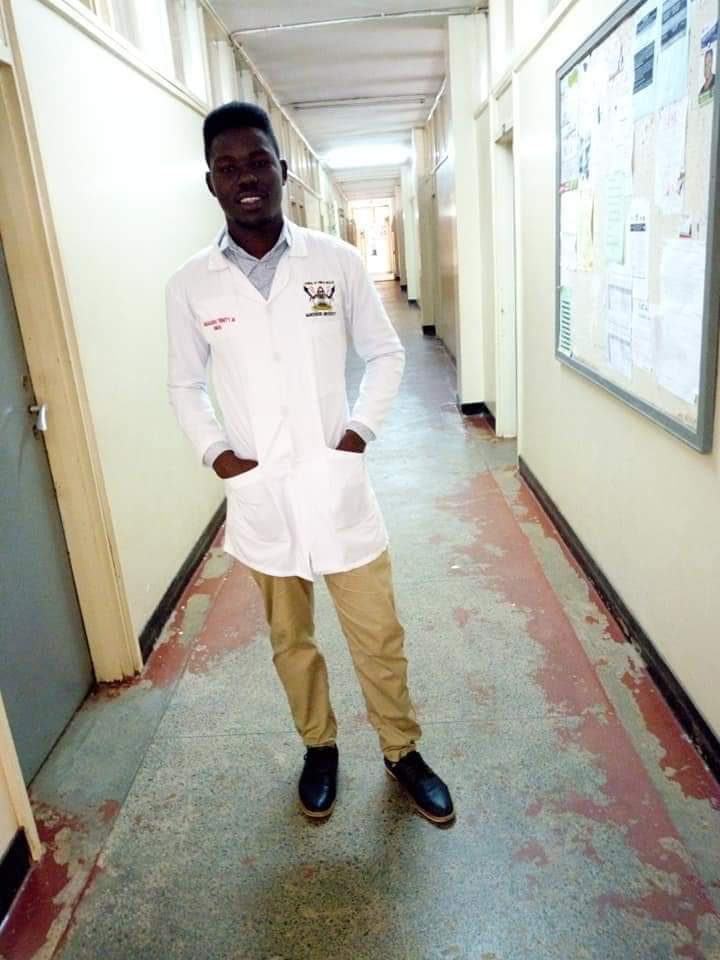 Emmanuel Tegu, a Makerere University student of Veterinary Medicine who was a week back on Sunday, battered by the police and LDU succumbed to the injuries yesterday.

Residents of Makerere university staff quarters say they overheard a boy screaming for help late in the night but they could not vent out of their houses to rush to his rescue. “We heard him shouting for help but as you know, we are in abnormal days,” says Okello, a son to a lecturer. “We could not respond on time but in the windows we saw men in uniform beating up a young man they claimed to be a thief,” he adds.

After the battering as the deceased Tegu struggled to identify himself as a student of the university, the men in uniform reportedly rushed him to Mulago hospital where they dumped him. Tegu breathed his last on Saturday morning to a multi organ failure after sustaining critical injuries from the beating. Prior to his death, Tegu told his relatives that he had been battered by the LDU and police. The deceased is an Itesot from Easter Uganda and a son to a sergeant in the UPDF known as Sam Okwalinga.

Obedgiu Derrick, a People Power leaning guild aspirant condemned the murder of this young student. “What more shall the regime take from us after life? What more atrocity does the regime need to commit to make us the masses angry enough to say enough is enough? What if the next victim is you?,” Obed said. The UYD Makerere students chapter speaker, Lawel Muhwezi questioned the credibility of the police report which claimed the diseased had been beaten by a mob. “What was a mob doing in Makerere?If indeed the police got him from a mob, where is any of the people that was arrested?,” Lawel questions. The students have already arranged a press conference on Monday, July 6 to unveil their stand in reaction to the murder of Tegu.