On set! Health Minister Aceng announces bid to run for political seat in 2021 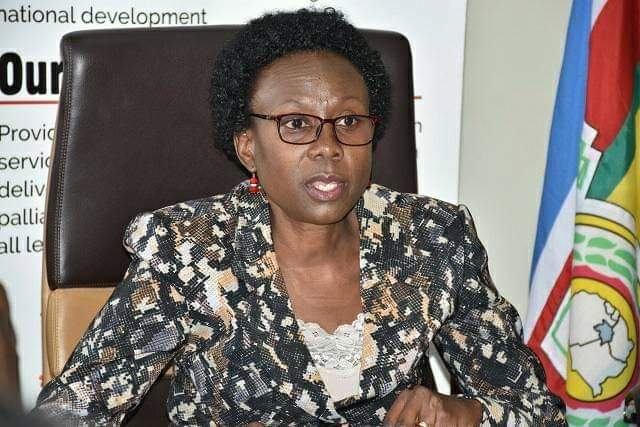 It is no longer a rumor that the Health Minister Dr. Ruth Aceng will be vying for a political seat in Uganda come 2021. This came after it emerged that the minster wanted to become the next Lira District Woman Mp.

Minister Aceng announced her intentions on Sunday afternoon July 5 2020 at a news conference after wide consultations with the electorates and encouragement from members of the public. She looks forward to unseat the incumbent Joy Atim Ongom who subscribes to the opposition Uganda People’s Congress (UPC).

The Minister told the press that she didn’t take politics serious in the first place, but the people of Lira have motivated and lifted her spirits of aiming a shot at seat of MP in the forth coming elections on the NRM ticket.

Lira is known to many as a stronghold of the UPC since the party founder Apollo Milton Obote hailed from the area.

“My intentions to stand were ignited by the decision to unseat UPC and to give the area a better representation under the ruling party NRM” Minister Aceng told the news briefing.