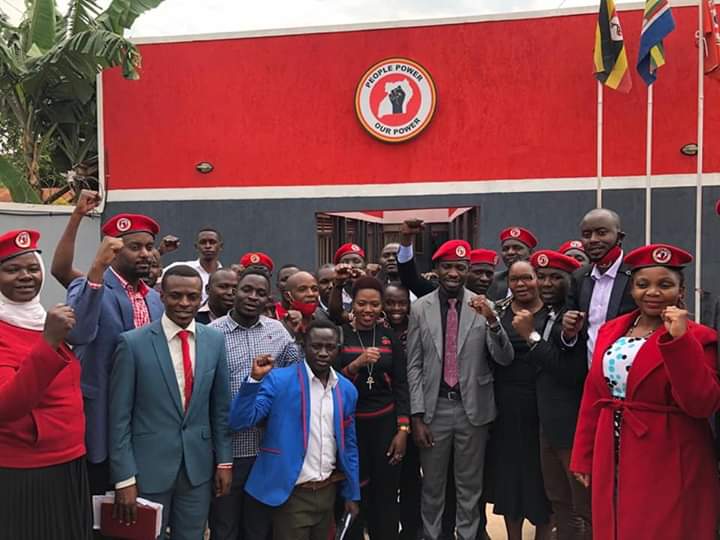 Today has been eventful at the People Power headquarters, Kamwokya as the principal, Robert Kyagulanyi Ssentamu alias Bobi Wine received hordes of defectors from the ruling NRM party.

By noon, dozens of NRM loyalists had thronged the headquarters to swear their allegiance to the People Power ideology. “We also received to the Movement comrades who are joining us, having been dictator Museveni’s mobilisers in several districts of Uganda. I welcomed these comrades to the side of the people and charged them to understand that they have joined a struggle for freedom, and they will face the challenges of temptations that we have been facing. The people will be watching how they respond,” Bobi’s statement reads in part.

Our reporter managed to interview some of the new recruits who confessed to being fed up of the outdated ideology of their former party. “In the NRM everything is about sustaining Museveni in power and not serving Ugandans,” a young man who identified himself as Aijuka told this site. “We deserve better. Uganda belongs to Ugandans and not Museveni as the NRM ideology claims,” he adds.

At the same event, Bobi Wine met all coordinators of the movement at various levels in different parts of the country. “Finally we also met with our coordination teams from various districts of Northern Uganda and Western Uganda,” a statement on Bobi’s page reads. “From the reports we are getting from all regions, the dictator should be very worried,” it adds. The day closed with a presser condemning the endless regime brutality meted out on harmless Ugandan citizens. Just like yesterday, the deployment in Kamwokya was today intensified.