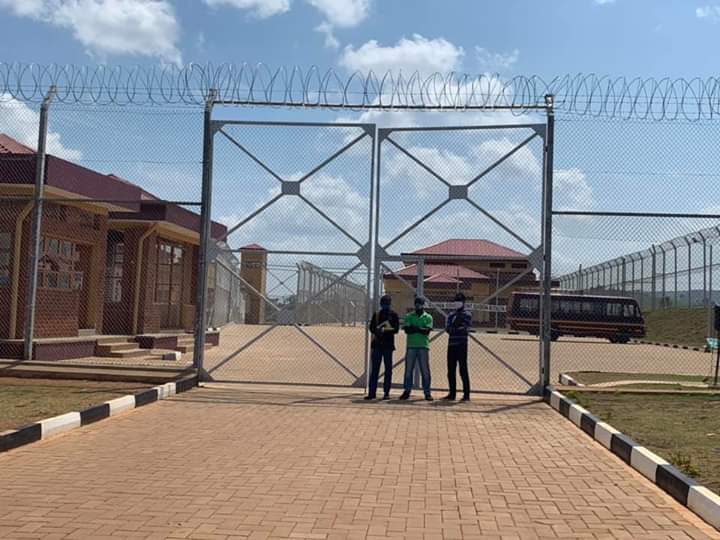 The Uganda Prisons service have strongly rejected claims that hordes of prisoners tortured in the cells of Kitalya and Luzira are secretly buried in government mass graves.

In a Tuesday statement issued by the Prisons spokesperson, Frank Baine at Uganda Media Centre, the institution says it is unaware of any deaths of inmates. “We do not know about any prisoners being tortured and buried as rumoured on social media,” Baine told the press. “We appeal to anyone to boldly come out and adduce evidence implicating the prisons service,” he adds.

Baine’s counter remarks emerge after reports of secret mass graves in Kitalya and Luzira had hit the public limelight. Kitlay has been likened to US based Guatanamo bay prison. Several Kitalya ex inmates accuse the prisons service of using too much hostility on inmates especially those remanded on political charges and that some even lose their lives while in custody. While appearing on the CBS airwaves last Saturday, the People Power presidential hopeful, Robert Kyagulanyi Ssentamu alias Bobi Wine who sits on the parliamentary human rights committee raised the notion of torture happening behind the walls of Kitalya prisons. The Kyadondo East legislator reiterated that the Kitalya facility was established to specifically clobber youths aligned to the People Power movement. “There are very many People Power youths dying in the cells of Kitalya. Their only crime is nothing but asking for change. Their bodies are buried in secret mass graves within Kitalya,” Bobi remarked on CBS. “We are reliably told that Kitalya is run by SFC commandos who dress as prisons warders,” he adds.