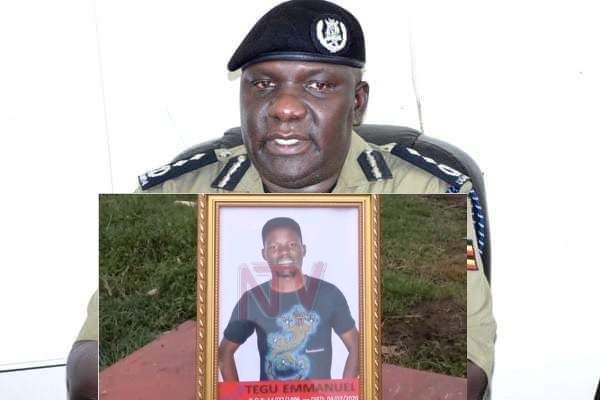 Makerere University students have sternly cautioned the police spokesperson, Fred Enanga to withdraw his undeserving statement on the death of Emmanuel Tegu, a student reportedly clobbered to death by the LDU personnel.

Speaking under their umbrella of the Makerere Law Society (MLS), the students threatened to sue the government if a substantial probe into the death of their colleague is not launched. “The violence and impunity with which these were executed shows the extent to which the respect for rule of law and confidence in state action has greatly declined,” reads part of the MLS statement. “Such behaviour goes against the dictates of the constitution of the Republic of Uganda, particularly Article 24 which guarantees the freedom of every Ugandan citizen from torture and cruel and inhumane or degrading treatment,” another part reads.

The MLS demands that ”full and speedy investigations in the incident are conducted and a report issued in this respect” and for “the perpetrators to be fully held accountable and prosecuted to the fullest extent of the law.”

By Tuesday July 7, only 12 arrests were made as a sign of cover up for the atrocities of the LDU. Our reporter established that all the detained suspects are relatives and children of Makerere staff aged between 18-35. Irene Aguti, a resident of Muluka III in Makerere University says the police panickingly came to their quarters and broke into their houses to arrest each and every young face they would encounter. “They came into our house, dragged my young brother to their patrol and drove him to Wandegeya,” reveals Aguti. “They are making these diversionary arrests to cover their dirty linen but the truth will always unfold,” she adds.

This site has since learnt that all the arrested suspects are being forced to voluntarily confess to the murder of Tegu and be ‘pardoned’. There was an emergency security meeting at one of the high end city hotels in which the Deputy Inspector General of Police, Sabiiti Muzeyi asked his team to either make some arrests linked to the murder of the student or pen down their resignations.

In the police report, it is alleged that Emmanuel Tegu, a son to Sgt. Okwalinga was reportedly ‘mentally distressed and had a bipolar’. Enanga alleges that the victim was found half naked on that fateful night and that he started pelting stones at officers on duty who mistook him for a criminal. It is then that residents of Lumumba village reportedly descended on him.

Relatives to the deceased however say that moments prior to his death, he disclosed that he had been waylaid by men donning in the LDU uniforms and that they mercilessly clobbered him to pulp despite his identity as a student of the university. Tegu was on July, 5 laid to rest at his ancestral home in Bukedea district. The only hope left for transparent investigations lie in the CCTV camera footage captured by St. Augustine church opposite Centenary bank in Makerere University.