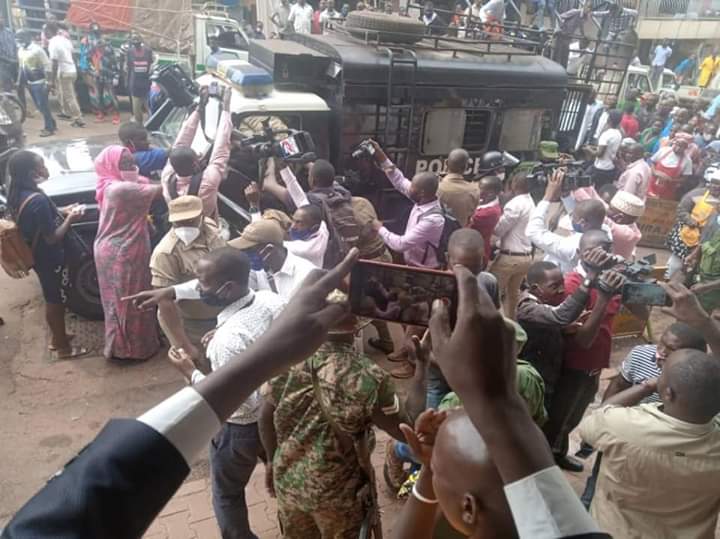 Nyanzi joined the protest a day after traders had warned government to ease the lockdown and allow their businesses to resume. A presser was first convened in which traders urged Museveni to be considerate and grant them a chance to resume business. “Like we’ve always said, our stock is rotting in the stores. Yet we are choking on debts and we have loans,” revealed one of the traders. “How do they expect us to feed our families. Even our land lords are asking for rent. How would we pay for space we’ve not used for the past 100 days. This is unacceptable,” he adds.

By the time of filing this report, we could not establish where police is holding Nyanzi in custody but sources say she’s still being driven to an unknown destination. Counsel Tegule, a human rights lawyer who spoke to this site says his client is still being held incommunicado. “We are trying to establish where she is detained at and we’ll be sharing with the media briefly,” he says. “We do not know which charges have been pressed on her,” he adds.

Nyanzi’s arrest comes a day after Mukono municipality legislator, Betty Nambooze Bakireke was briefly arrested for convening masses at a market in her constituency. The legislator was later in the day released on bond after police failed to press substantial charges.