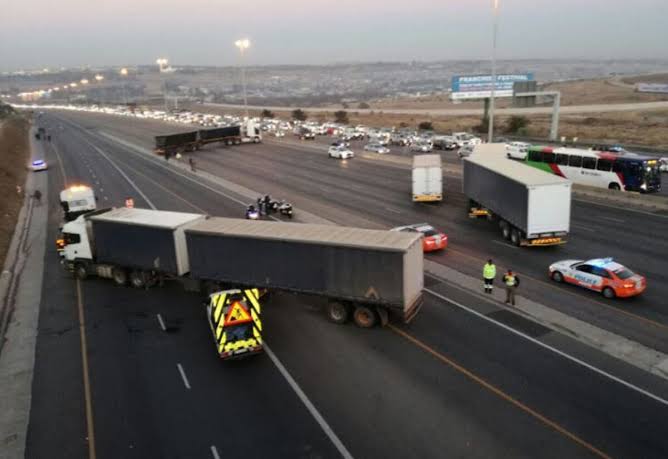 Xenophobic attacks are slowly looming again as a spate of threats and clobbering resurfaces in South Africa.

According to Newsroom Africa, yesterday 7th July, South African Truck drivers threatened to go on the streets and strike. This claim that driving companies in South Africa employ 90% of foreign drivers, leaving South Africans unemployed. In a campaign that took toll on social media especially twitter. A few posts were under the hashtag #westandwithSAdrivers.

Xenophobic attacks have been rampant in South Africa due to citizens’ cries of foreigners taking away the jobs that should be meant for them. At the start of September last year, 2019, many Africans were killed at the hands of South Africans over unemployment sentiments.

Many political leaders have come up to condemn the planned protests. The Economic Freedom Fighters leader Julius Malema has described the move as misguided and misdiagnosis of the problem facing South Africa.

Yesterday 7th July, there were reports of petrol bomb attacks on trucks in Gauteng and Mpumalanga. Graphic images also showed a few drivers clobbered while one footage showed one truck driver Jumping out of his truck and running to save his life after he was threatened. The truck drivers have promised to continue with their strike despite several warnings from authorities. 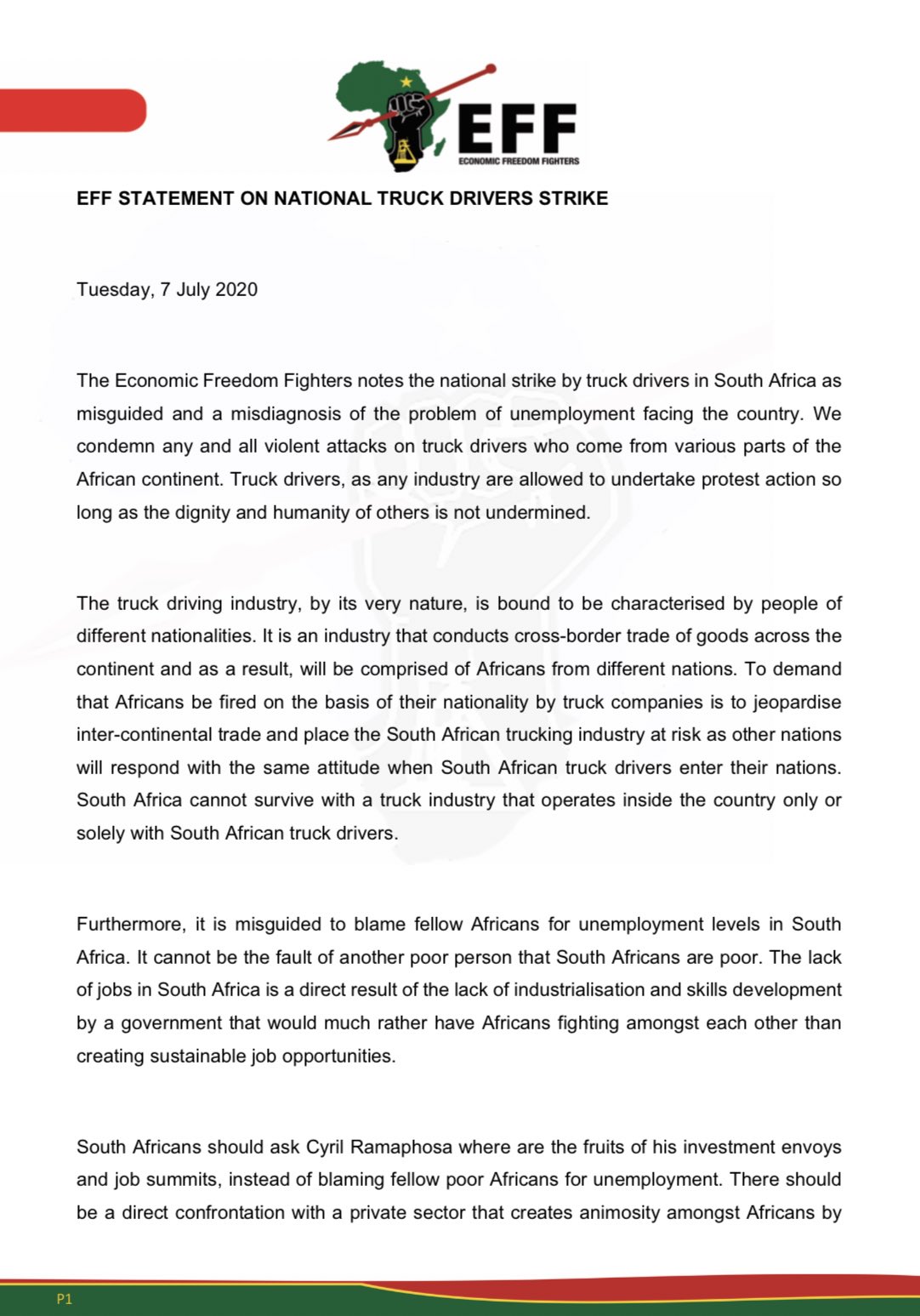