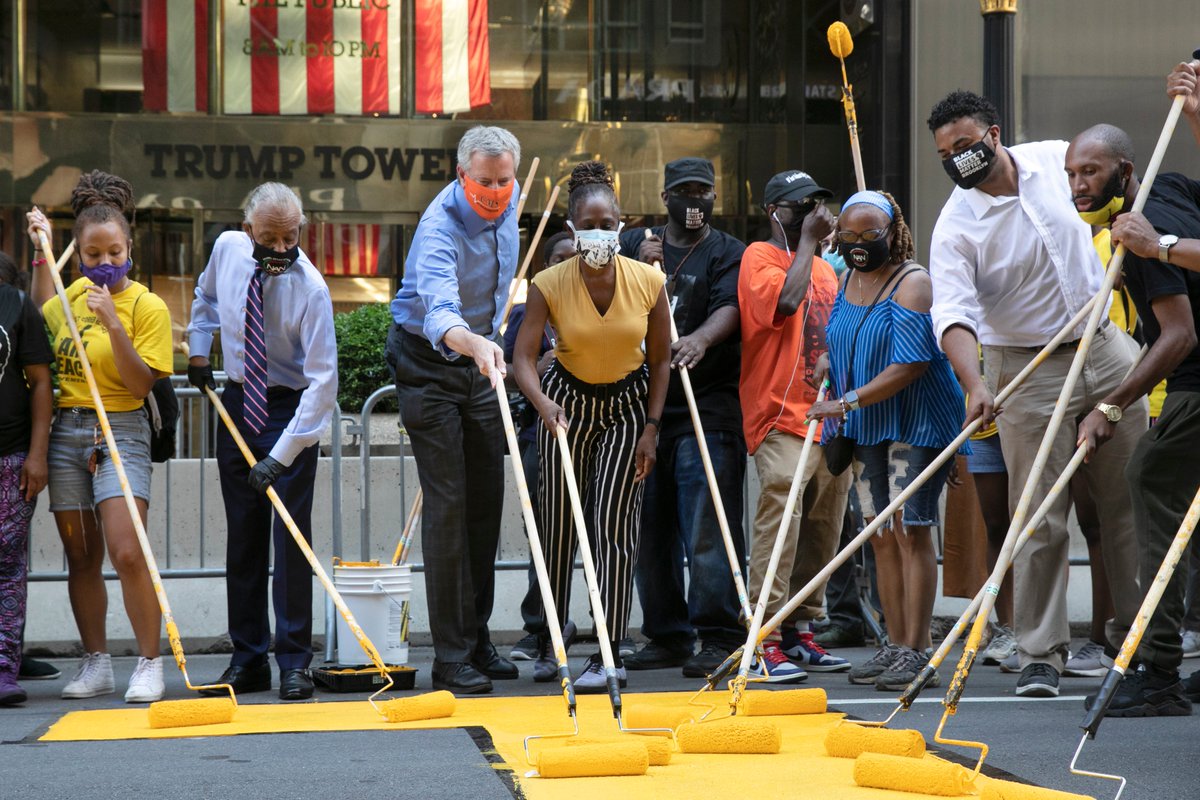 Community members in New York City’s Manhattan have painted a black lives matter mural on a street where the Trump towers are located. Mayor Bill de Blasio authorized the stark yellow mural earlier this month as the United States continues to tame the racism sentiments that have risen in the American society after Minnesota’s Minneapolis officers killed a black American man. The Mayor was also actively involved in the historic painting at fifth avenue. Many streets started the initiative of painting black lives matter murals with Washington being the first.

President Trump has however called the message ‘a symbol of hate’ and claims the mural will ruin ‘New York’s greatest street.’
Despite the death of George Floyd and the aftermath of the tragedy, President Trump has maintained that those protesting are ‘thugs and looter’ calling on the state leaders not to give them attention.

Many activists have branded president Trump a racist due to his failure to cool down the tempers of the black American community and the painting of the black lives matter mural is depicted to have been a target to get his reaction as well as spread positivity and love within Manhattan.