Enanga orders journalists to back off Tegu CCTV footage 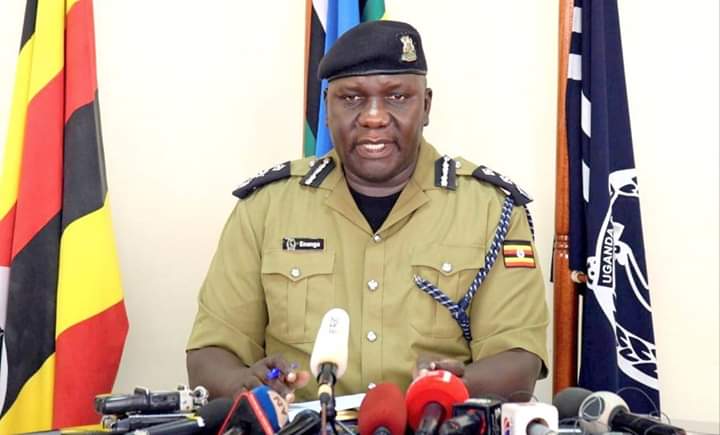 The police spokesperson Fred Enanga has told journalists to develop private investigative skills if they want to get the facts surrounding the death of Emmanuel Tegu, a third year Makerere student recently murdered in cold blood.

“This is private footage. Use your means to get it and as investigative journalists, dig deep and bring out the lies instead of lamenting,”- Police Spokesman Fred Enanga responded after journalists asked him about orders to Augustine Chapel not to release the footage.

The entire controversy of the footage has triggered public outrage with people questioning what exactly police is trying to conceal from the public. The St. Francis chaplain, Fr. Dungu says he has been receiving anonymous calls from people in the security asking him not to share the footage with the pressmen.

The 85th guild president, Julius Kateregga who was one of the few viewers of the footage on Wednesday July, 8 remarks, “The footage we saw is the footage at the church not at the Students Centre…it shows when policemen charged towards him first. Then when he comes back and he disperses them, then he runs after one. We don’t know what happened and they tried to chase him away, he does not fight them but he charges towards them and then he ran. That is the second time. The first time, they shoot and run after him and he runs away. Then the security personnel gather and they start briefing themselves. Then he comes back, he comes back the second time and disperses them and he runs after one and they run in different directions and then we don’t know what happened after there. He was half-naked.”

The family to the fallen student disputes the police narrative and says there are lots of unknowns about the entire murder. A relative who spoke to this site off record says Elegu in his final moments revealed his murderers to have been members of the security donned in the LDU outfits. “He declared his killers in his final moments. He has been a staunch Christian and we doubt if he’d make false accusations,” reveals a relative. “All we want is justice to prevail. But we doubt if police will give a transparent report since the entire case involves their own men,” she adds.