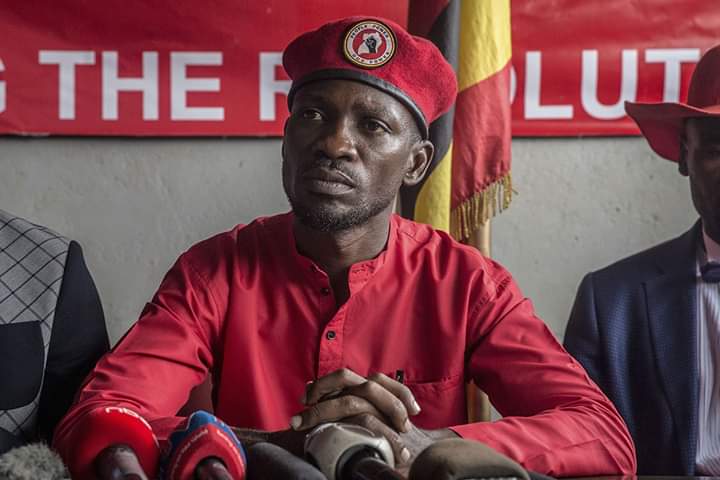 People Power 2021 presidential hopeful, Robert Kyagulanyi Ssentamu alias Bobi Wine has asked the NRM government not to meddle into internal politics of other parties as the 2021 elections draw close.

This follows a recent suggestion by the NRM top leadership of the National Eexcutice Committee which proposed in a State house meeting that all political parties should embrace and follow the notion of handpicking party flag bearers. The NRM suggests that in party primaries, it is better that candidates are selected by their top party leadership instead of communing delegates to go to the ballot. The proposal was made by the NRM Secretary general, Justine Kasule Lumumba who argues that it is ‘safer’ for both voters and the candidates. The NRM party Electoral Commission chairperson, Dr. Tanga Odoi who has been at rift with Lumumba disputed the development and said all powers of holding party primaries are squarely in his hands and no other person.

In one of the enclosed NRM party meetings, Lumumba urged Museveni to give all political parties money to hold the scientific primaries. Bobi Wine who operates a political pressure group dubbed People Power which is already registering huge a turn up of aspirants on elective offices at all levels says NRM just wants to manipulate the activities of opposition parties. Kyagulanyi who today spoke at a presser at the People Power headquarters in Kamwokya criticized the approval of the regulations proposed by government to govern political parties’ internal elections during the covid pandemic.

Bobi says these regulations are a direct blow to democracy since the handpicking of party flag bearers violates people’s right to make honest choices of their leaders. It should be emphasised that Bobi has from the start contested the entire fictional ideal of scientific elections citing neighbouring countries like Burundi, Malawi and Senegal which have gone to the polls in the ordinary way contrary to the NRM scientific poll proposal.