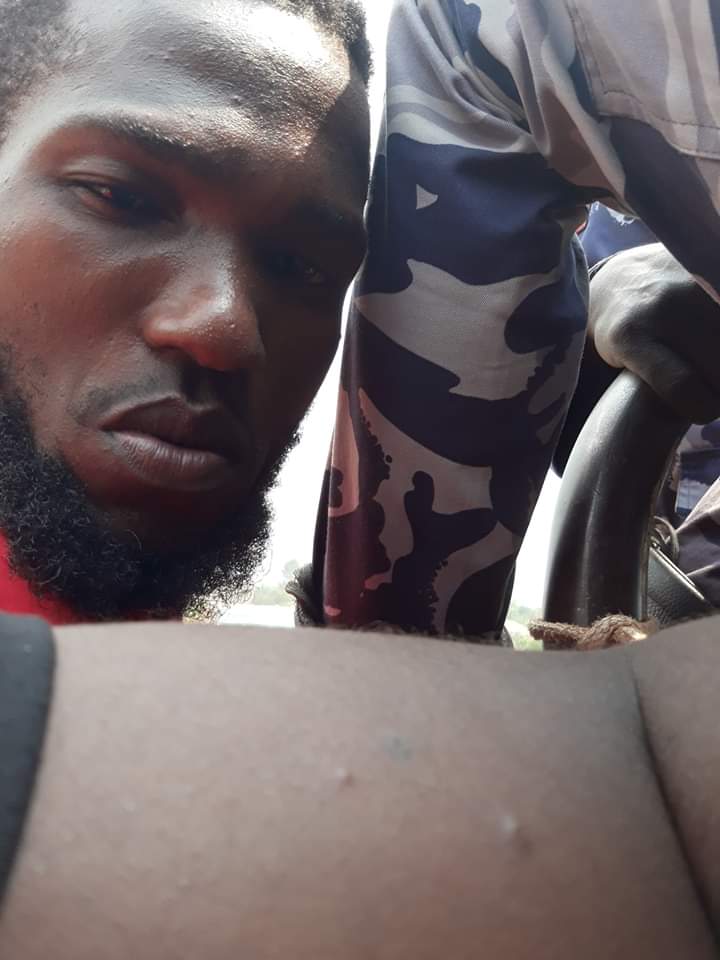 Nansana People Power activist, John Bosco Sserunkuuma who is largely famed by his alias ‘Civilian’ is to be arraigned before the Nabweru magistrates court to face charges linked to the wearing of the People Power red beret which was last year gazetted as UPDF monopoly. Whereas Bobi rallied his followers and marginalised Ugandans not to relent, the regime witch hunt remains ongoing.

Sserunkuuma was arrested yesterday in Nansana town as he advanced to Kampala to attend a court session of renowned political activist, Dr. Stella Nyanzi. Sources say Sserunkuuma was intercepted at one police road block around Nansana Masitoowa trading centre and asked to jump off his motorbike. “Two police officers charged at him and ordered him to stop as they aimed their guns at him,” says Nakyeyune, a street vendor who witnessed the arrest. “One police officer told him to take off his beret before he was handcuffed and put on a patrol,” she adds.

Sserunkuuma who just posted from the Nabweru court cell confirms that he is to be put in the dock a few hours from now. “These people arrested me yesterday, following a People Power drive, that was done by a certain group in Nansana. They denied me access to my phones, not even speaking to my lawyers, who would help me make a statement,” Sserunkuuma writes on Facebook. “Their main intention is to intimidate me from supporting People Power, which will never happen. We are driven to court without any statement and we are likely to be remanded to Kitalya prison,” he adds.

The ban on People Power red berets was initiated last year by Gen. Muhoozi Kainerugaba as he tried to contain the popularity of Bobi Wine’s People Power movement. Despite having its own logo far different from Bobi’s, the UPDF went ahead to gazette the outfit as their own monopoly and even criminalised the wearing of the People Power beret which would attract a prison term. Although the ban on the beret still stands, People Power supporters have defiantly wore the outfit and are even using it on their campaign posters as the 2021 elections loom. Sserunkuuma joins the long queue of Bobi Wine supporters being persecuted for demanding for freedom of their country.