Mwiru will defect till he dies-FDC 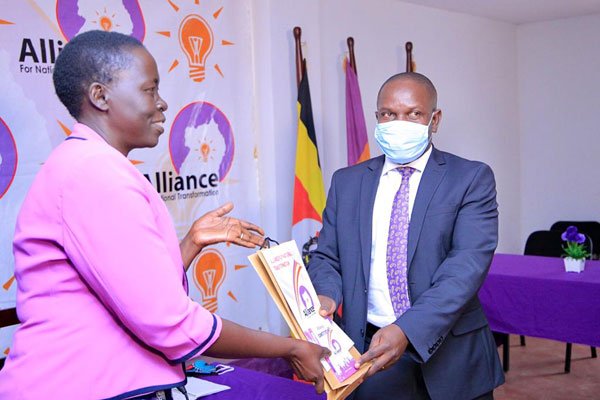 Speaking at last night’s frontline political show on NBS Television, Mafabi had no soft remarks for Mwiru whom he labelled a weak political leader with no rightful values to stick to. “FDC is not a prison. It is free exit and free entry. ANT would be better of it was recruiting from NRM,” Mafabi cursed at Muntu. “I would have been happy to talk to Paul about his exit the last time we met. He never told me he was leaving FDC,” he added. Mwiru shyly responds and tells his former boss that he joined ANT because of its reputable values. “I joined ANT because it is a value-based party and based on respect for everyone. I have standards, if ANT moves away from its core values, I will not base on their following in my constituency to stay,” Mwiru remarked. “It is not true that I am a weakling who takes decisions not well thought of. The things that is detestable to me is undermining ourselves. These undermine the struggle,” he added.

Mafabi whose mind is still stranded in the glorious days of the FDC emotionally breaks down and tends to curse at Mwiru, whom the party sacrificed the rightful candidate and accorded him the flag during the 2018 byelection. “Even twins don’t think alike. We must deal with internal and external struggles. Does this mean that if they get problems in ANT, they will run away? You must remain in the struggle,” Mafabi fired back. “If you fail to solve your problems in the bedroom as a man and woman, you have a problem. Paul Mwiru, you will keep running until you die,” Mafabi curses.

He further accused Mwiru of being a Muntu bootlicker who broke down with his boss the day they failed to win party presidency in the Namboole FDC delegates conference. “On the day Muntu lost in Namboole, Paul Mwiru never came back again to Najjanankumbi,” Mafabi recalled. Mwiru blatantly accused FDC members of name calling and slandering comrades who have been in the struggle. He says the FDC disciples have a tendency of labelling whoever they dissent with. “They accused us of being moles,” Mwiru said. Mafabi closed the heated debate with urging defectors to stay still wherever they are instead of making unnecessary cross overs. “We want those in parties to be in parties. They shouldn’t be pedestrians and hawkers,” Mafabi adds.