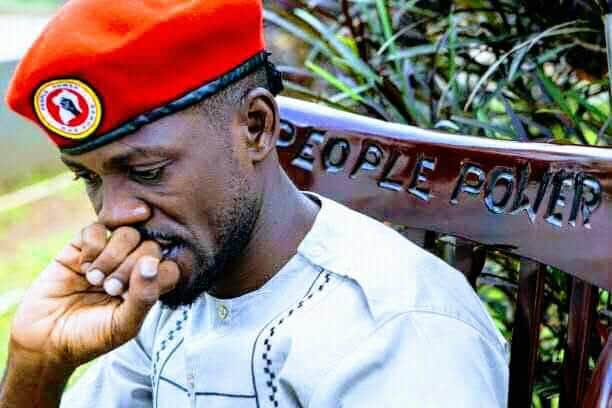 Bobi Wine has today paid a special tribute to the fallen People Power supporter, Ritah Nabukenya who was earlier this year knocked dead by a speeding police patrol vehicle in Nakawa.

Nabukenya, a mother of two had her life cut short on the fateful morning of February, 24 when she was knocked off a Boda Boda on which she was travelling from Mukono to attend Bobi’s OTT court case session at Buganda road. Ill fate befell her just as she approached Nakawa market when a speeding patrol vehicle intentionally knocked her unconscious for what People Power supporters believe was attributed to her red attire as she was donned in a red overall. To date, police have never released a footage showing events that happened on that fateful morning yet the scene is just next to a street CCTV installment. Fred Enanga, the police mouthpiece claims, the CCTV system was faulty at the time the accident occured, a thing the public took to be controversial.

Bobi’s post comes five months from the actual death of Ritah and a day after what would have been her birthday. The deceased was on Friday visited by People Power supporters who laid wreaths on her gravestone and cheered her for being martyred for the right cause of liberation. Ever since Ritah was murdered, the militaristic Museveni government has gone ahead to murder People Power supporters with the latest being Charles Mutyabule, a Boda Boda rider knocked by a police patrol in Jinja where Bobi was returnung from Baba FM.

Yesterday would have been Ritah Nabukenya’s birthday. Yesterday also marked five months since she was brutally murdered by the state in cold blood. These brothers and sisters went and visited her burial grounds to pay respects and condole with the family.

One of the critical things that defines us as a Movement is that in People Power, we are a family. What affects one affects all. We mourn together and celebrate together. We must all strive to build bonds that cannot be shaken by money, broken by intimidation, or slowed down by the absence of any of us in the body. That is UNITY!

Thank you comrades for being true to these values that define us. Ritah, continue resting in peace. God being our help, we shall soldier on till the finish line.