Bobi Wine speaks out on the arrest of Bizonto 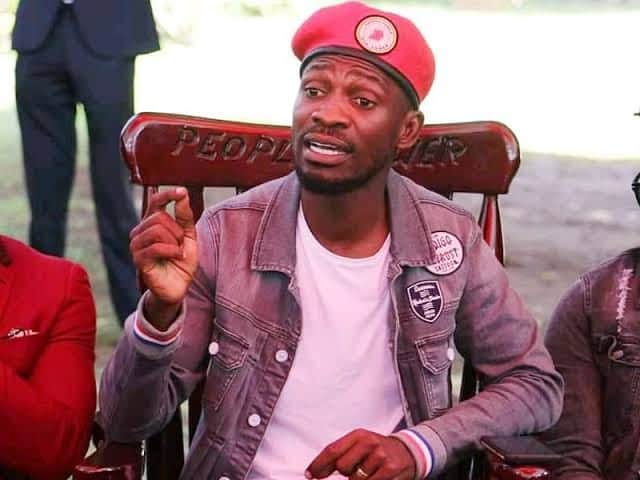 SEE ALSO: Museveni’s Government Practices Tribalism and Silence those who Speak about it

Bobi says the repressive Museveni government is just panicking and afraid of the power of the voice of the People. He added that artists are triggering sleepless nights to the person of Museveni and that’s why he is making such moves to silence them. Kyagulanyi also added that this is the time for all artists and creators to rise up and stand for the rights of the marginalised Ugandan plight.

In an official statement released on his Facebook page, the presidential hopeful lashed out at security forces for using unnecessary force on unarmed civilians. The entire Friday was a showdown at the Bukoto based Radio Ssimba where the embattled Bizonto comedians were extracted. The security guard at the radio retorts of how he was ‘maltreated by the arresting officers’ who even confiscated his fire arm as they stormed into the production studio.

The comedians were prematurely picked from their morning ‘Binsanga wano’ show. They were bundled into a waiting Special Investigations Unit van which drove them to Kireka for interrogation. The Bizonto group is being charged with promoting sectarianism and instilling hate following a viral video where they were mentioning prominent government officials who hail from the western region.

The DICTATOR IS IN PANIC! Artists are causing him sleepless nights. The attack on the art industry clearly shows how scared they are. The artists have realised the power of their voices and are using them positively.

Our brothers Gerald Kiweewa and the #BizontoComedyGroup are now under illegal detention because the regime thinks intimidation will silence us. So scared the regime is of artists that they have yet again brought more stringent regulations which are clearly intended to muzzle those of us who use art to propagate the truth.

This is the time for all of us artists and creators to rise up and stand for our rights. The regime thinks they can intimidate us by arresting some of us, but this is the time to realise that we are and have always been on our own. I guarantee you, when artists come together as one, there is nothing they cannot achieve.

Let us all do what we can and see that these brothers are released unconditionally!