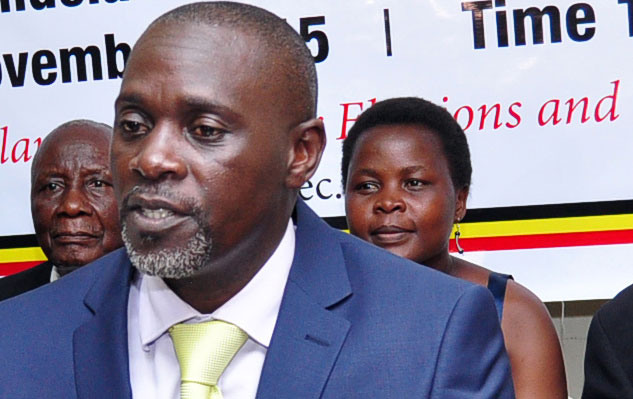 As the political climate heightens each day, a section of DP leaning MPs and politicians under the Bloc Bloc have endorsed the People Power and National Unity Platform president, Robert Kyagulanyi Ssentamu as their presidential candidate in the looming polls.

The DP Bloc members on Friday announced that they’re resolving to rally behind the Kyadondo East MP, Robert Kyagulanyi alias Bobi Wine if he is to appear on the presidential ballot in the coming 2021 elections.

Speaking at a presser they held in the capital, Kampala, Busiro East MP Medard Sseggona who doubles as the secretary general of the bloc said they have already started engaging the leadership of the National Unity Platform (NUP), which was last week announced as the political wing of the People Power movement.

“We have built consensus among ourselves inside the bloc to actualise our engagements under People Power family in a formal structured understanding that we will leave no player out,” Ssegona said.

Former presidential aspirant, Abed Bwanika who is also a member of the DP bloc said the issue of who will be their presidential candidate was unanimously agreed upon and that there was no contestation during the discussion. “We have negotiated long ago. We have consulted the people of Uganda who have the voice and we have agreed that Hon Robert Kyagulanyi Ssentamu will be our presidential candidate,” Bwanika stressed.

Asked if their resolve implies they’re defecting from Mao’s Democratic Party, the Bloc members intimated that their resolve does not mean that they have joined NUP but if it necessitates them joining, they will have no choice but join.

“If we identify the need to join the party, we shall join and we shall let you know when and what to let you know,” he said. “The NUP is the political vehicle for the People Power movement to which we subscribe. We shall join of that is the final option,” Ssegona added.

Reacting to the development, the DP secretary general, Gerald Ssiranda dismissed the move saying it is solely a decision of a fragment of individuals but not the official resolve of the entire party.